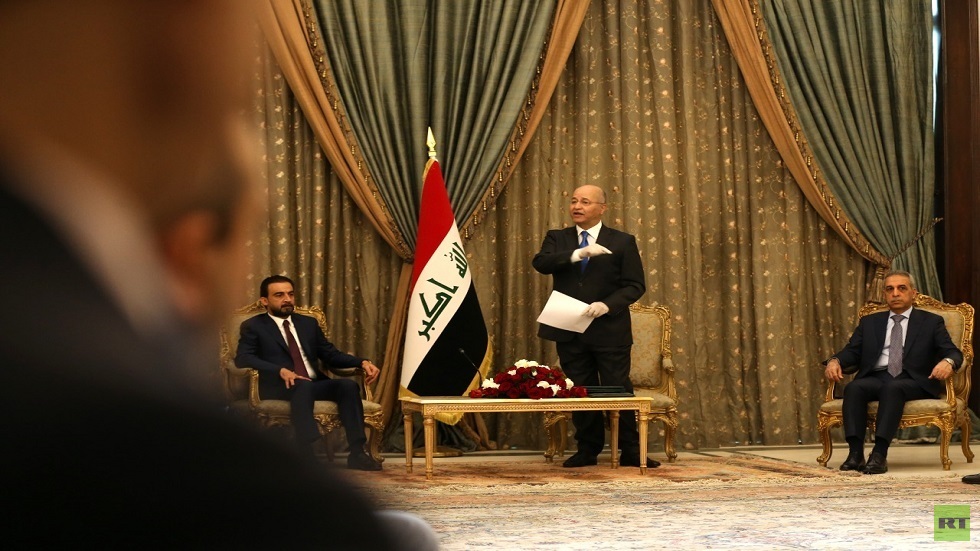 The nomination of Mustafa al-Kadhimi as prime minister has become Iraq’s third attempt in 10 weeks to break a political deadlock that has lasted months. He is set to prove that he is better-equipped than two previous nominees, and the caretaker prime minister, to navigate the relationship with Tehran and Washington and tackle social unrest.

The Iraqi prime minister-designate, Mustafa al-Kadhimi, has vowed to defend his nation’s national security as the United States is deploying additional weapons to the country.

Al-Kadhimi, Iraq’s intelligence chief since 2016, was chosen to form the government on Thursday.

Iraq hasn’t had a full government since Prime Minister Adel Abdul Mahdi resigned in the wake of violent anti-government protests in December. Two previous picks for the post, Communications Minister Mohammed Tawfiq Allaw and Adnan al-Zurfi, the head of the Nasr parliamentary coalition, withdrew their candidacies over pressure from Shia parties.

Al-Kadhimi, who appears to have won Shiite support, said on Thursday that national sovereignty would be his “top priority” according to local media.

The Iran Press news agency quotes him as saying that “weapons should be in the hands of the government only, not individuals and groups, and we will take action in this regard.”

“We will never allow any Iraqi to be insulted by domestic or international parties on charges of foreign dependence,” he added.

Discontent has seemingly grown in the country with the presence of coalition forces, resulting in January in a parliamentary resolution demanding foreign troop withdrawal and Shia-led anti-US rallies numbering in the thousands. Both the resolution and the protests came in response to the killing of powerful Iranian commander Soleimani just outside of Baghdad on 3 January.

While 17 years have passed since the overthrow of Saddam Hussein by US forces plunged Iraq into a period of political instability, corruption and weak democratic institutions, many Iraqis feel increasingly disenfranchised by the government and the foreign forces remain.

This year’s coronavirus pandemic has caused a collapse in oil prices and put more stress on the already-strained Iraqi economy.

The US initially refused to pull troops out of Iraq, despite the fight against Daesh* being all but finished, but later started relocating soldiers from smaller installations to larger bases and redeploying some of them to elsewhere in the Middle East, boasting success in the fight against jihadists.

While American troops freed up at least four bases throughout March and transferred them to Iraqi security forces, the US has also deployed two Patriot missile batteries and some other anti-air short-range systems at two other bases.

They went to Ain al-Asad Air Base and Irbil Air Base, the two bases Iran targeted in its non-lethal ballistic missile strike in response to Soleimani’s killing. Washington had reportedly been in talks with Baghdad about their deployment since January.

Both Iran and the US welcomed al-Khadimi’s nomination. “If Kadhimi is an Iraqi nationalist, if he is dedicated to pursuing a sovereign Iraq, if he is committed to fighting corruption, this would be great for Iraq, and I think it would be great for our bilateral relationship,” said David Schenker, a senior State Department official speciaising in the Middle East.

It seems that both the US and Iran treat the term “sovereignty” differently.