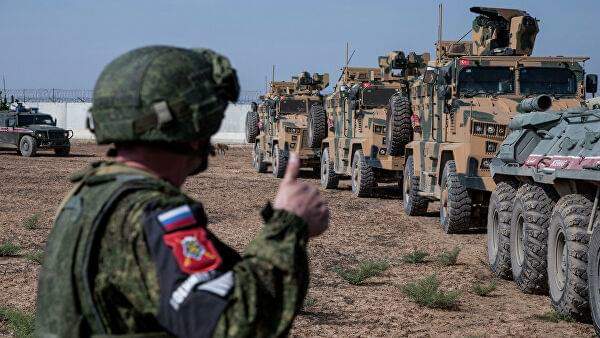 Russian and Turkish forces are preparing to establish a joint position in the northeastern Syrian governorate of al-Hasakah, the Syrian Observatory for Human Rights (SOHR) reported on April 12.

According to the UK-based monitoring group, the position, which will be first joint post of Russian and Turkish forces in Syria, will be set near the town of Umm Ushbah in the northern countryside of al-Hasakah.

“Preparations are secretly ongoing amid intensifying Russian movements [in the region], where logistic equipment is being deployed,” the SOHR’s report reads.

Two days ago, units of the Russian Military Police and the Turkish military conducted a patrol in al-Hasakah’s northern countryside.

A recent report of the North Press News Agency (NPA) revealed that Russian forces are also planning to establish four posts in northern al-Hasakah. According to the agency, the step would limit Turkish shelling on the region.

Russia and Turkey reached an agreement on northeast Syria in October of 2019. Under the agreement, a buffer zone was established in the region. Kurdish forces were pushed at least 30 km away from Turkey’s border and replaced by Syrian Arab Army (SAA) troops.

In spite of several violations, the October agreement is still in place. The establishment of a joint position in northeast Syria will for sure solidify the current situation.