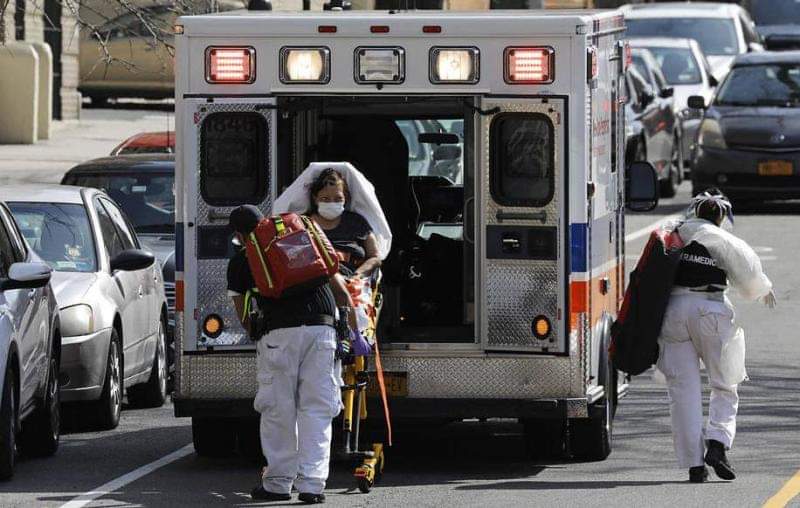 The United States has recorded more than 20,000 deaths since the coronavirus outbreak began, surpassing Italy as the country with the highest number of confirmed deaths, the latest updates show.

According to the Johns Hopkins University count, so far 20,463 people have died across the United States compared with 19,468 in Italy.

The university also says the US with 526,396 confirmed cases has the highest number, while Spain and Italy rank second and third with 163,027 and 152,271 cases respectively.

Only on Friday, over 2,000 Americans died marking the single greatest death toll that any country has yet had.

Public health experts have warned the US death toll could reach 200,000 over the summer if stay-at-home directives are lifted when they expire at the end of April.

President Donald Trump, however, has said he wants life back to normal as soon as possible, saying that he would make a decision “reasonably soon.”

Speaking by telephone with Fox News on Saturday evening, he said he will use “facts and instincts” to guide decision on when country is safe to reopen.

“I hope I’m going to make the right decision. I will be basing it on a lot of very smart people, a lot of professionals, doctors and business leaders. There are a lot of things that go into a decision like that. And it’s going to be based on a lot of facts and instincts.”

“That will minimize the deaths from the virus directly,” he admitted, but noted economic shocks also took a heavy toll through higher depression and suicide rates as well as drug abuse.

“So that very tough decision this president is going to be making is to have to weigh the balance and figure out which path does more damage,” he added.

Meanwhile, in New York, the epicenter of the outbreak in the US, the virus claimed the lives of nearly 800 people over a period of 24 hours, Governor Andrew Cuomo said Saturday.

The US state alone now has more COVID-19 patients than any country in the world, except the United States, recording a total of 181,026 cases, as of April 11.

Nevertheless, Cuomo said Saturday that fewer people were being admitted to hospitals or needing incubation across the state.

The good news is the curve of the increase is continuing to flatten,” he said.

Cuomo went on to say that New York’s data is similar to a halftime score.

“We don’t know if there’s going to be a second wave or not, all of these things are yet to come.