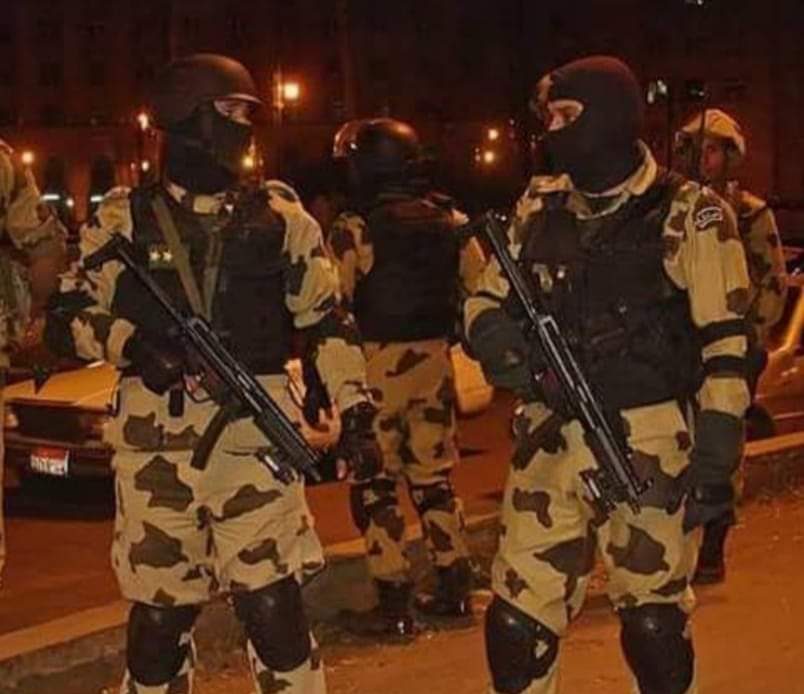 According to the Egyptian Interior Ministry’s statement, “Information was received by the National Security Sector about the existence of a terrorist cell whose elements embrace the Takfiri concepts of using several shelters in east and south Cairo as a starting point for carrying out terrorist operations in conjunction with the holidays of the Christian community.

The statement said, “The elements of that cell were monitored and dealt with, which resulted in the death of 7 terrorist elements. They found 6 automatic rifles, 4 cartridges and a large amount of ammunition in their possession.”

“The killing of Lt. Col. Muhammad al-Hofy in the National Security Sector and the injury of another officer and two members of the police forces,” the interior statement confirmed.

“One of the weapons and explosive warehouses was identified in the Matareya region, which they intended to use in carrying out their terrorist plot, and by targeting it, 4 automatic weapons and a quantity of ammunition were found,” the statement said.

Earlier, the Egyptian anti-terrorist forces were to eliminate a terrorist outpost in the Amiriya area in Cairo after clashes and exchanges with gunmen.

The Egyptian Public Prosecutor, Counselor Hamada Al-Sawy, also ordered the opening of an urgent investigation into the terroristincident that occurred on Tuesday evening while security forces were in the cell