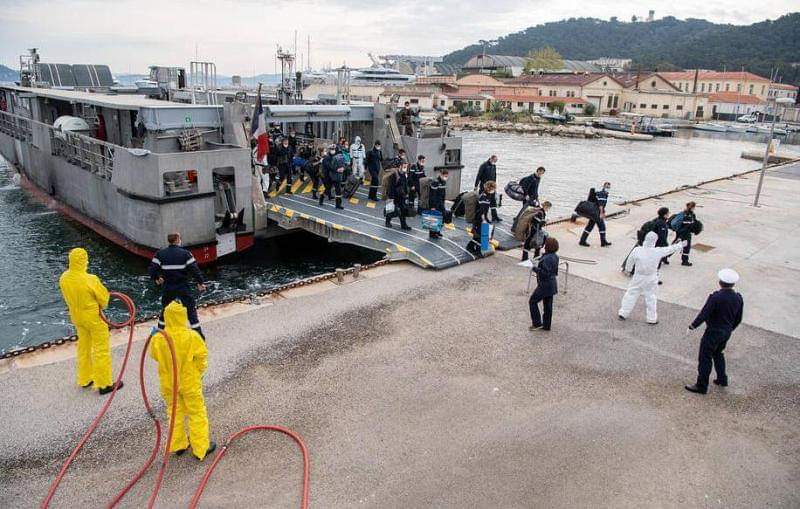 The French navy has opened a probe into an outbreak of the new coronavirus abroad its flagship aircraft carrier the Charles de Gaulle, the Defence Ministry has said.

“The navy’s chief of staff [Christophe Prazuck] has ordered an investigation into the command to establish how the epidemic was managed within the strike group”, the ministry said in a communique published Wednesday.

A third of 1,767 sailors serving with the carrier’s strike group have tested positive for the virus. The ship had been away on a mission since 21 January and had no contact with the outside world after making a brief stop in the northwestern French port of Brest on 15 March.

The nuclear-powered aircraft carrier and the Chevalier Paul frigate returned to their base in Toulon on Sunday, 14 days earlier than planned. The majority of the 668 infected sailors serve with the Charles de Gaulle. Thirty-one have been hospitalised, including one in intensive care.