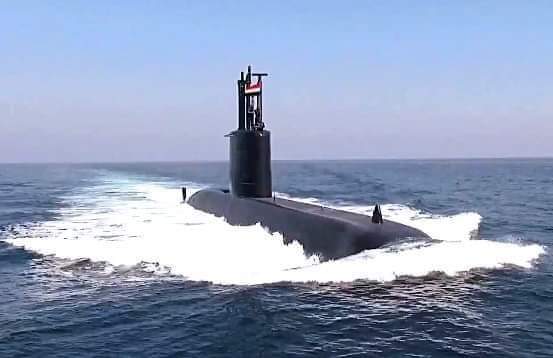 Tehran is considering the construction of nuclear-powered submarines, Iran’s navy chief has revealed. The development would greatly expand the state’s capabilities to operate in the seas beyond its home waters.

“It would be negligence on the part of Iran if it fails to consider using submarines with nuclear propulsion,” Rear Admiral Hossein Khanzadi said on Thursday. “Therefore, we are thinking about it.”

Iran boasts a fleet of various submarines, ranging from midget-subs to some capable of carrying over 50 crew and traversing rough waters. All of its vessels, however, use conventional means of propulsion.

Nuclear-powered submarines have better operational capabilities than their conventional, diesel-electric counterparts, because they do not need frequent refueling and can operate autonomously for longer periods, the official explained. Construction of such vessels is in line with the defense strategy of the country, while many other nations – including the US – already deploy them, Khanzadi noted.

The naval chief gave no timeframe on when exactly a nuclear-powered vessel might emerge, stating only that Iran already has “domestic capacity” to build ships larger than the homegrown Fateh-class “semi-heavy” submarines.

The plans to build nuclear-powered subs were revealed a day after a new maritime incident occurred in the waters of the Persian Gulf. A handful of speedboats, belonging to the Iranian Revolutionary Guards Corps (IRGC), buzzed US warships, said to be conducting “maritime security” patrols in the Gulf. The US condemned the IRGC’s activities, branding the speedboat maneuvers as “harassing… dangerous and provocative.”

The Persian Gulf has seen an increase in foreign military presence since last summer, when the troubled waters became the scene of multiple international incidents, including a string of mysterious attacks on oil tankers. The US and UK have been particularly vocal in blaming those attacks on Iran, however no evidence to support the accusations has emerged.