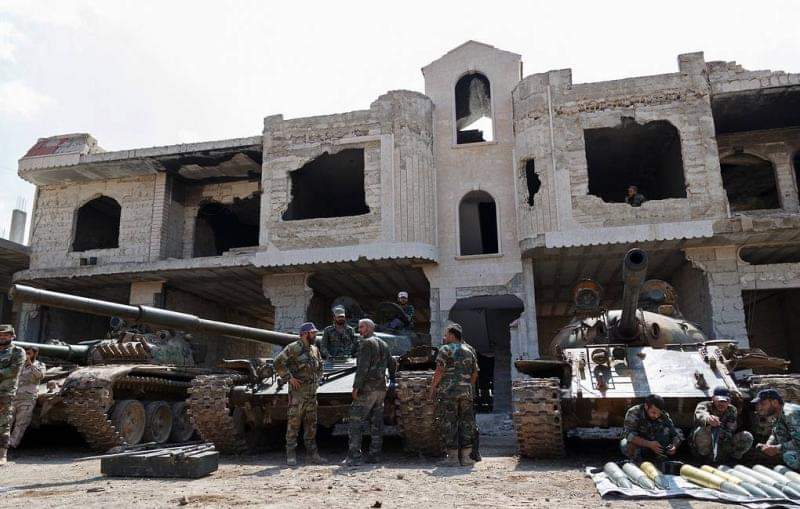 a checkpoint of the Syrian Democratic Forces (SDF) security forces, Asayish, in the northern al-Hasakah countryside was attacked with two hand grenades.

One of the grenades exploded inside the checkpoint, which is located in the southern part of al-Qamishli city. The other grenade was defused by Asayish. No SDF member was killed.

In an official statement, Asayish accused fighters of the pro-government National Defense Forces (NDF) of carrying out the attack, vowing to punish the perpetrators.

We will not tolerate any side that attempts to create problems in the region,” the statement reads

Earlier this month, al-Qamishli witnessed a similar incident. NDF fighters opened fire at a patrol of Asayish, killing a fighter and injuring another one.

Al-Qamishli is under the joint control of government forces and the SDF. The city witnessed several local military confrontations during the last few years. Most incidents were the result of personal disagreements or the lack of coordination.

The SDF and the Damascus government usually ignore such incident to avoid any escalation in the northeastern region.