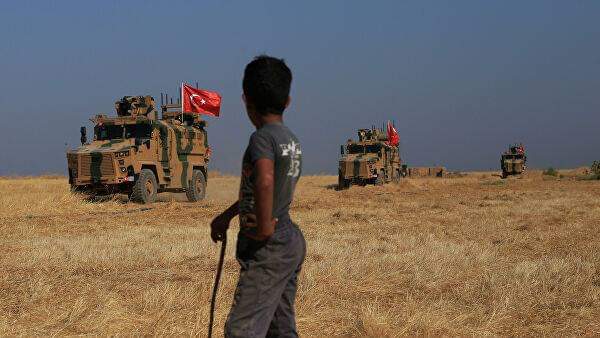 mysterious combat drones carried out a new series of strikes on the northwestern Syrian region of Greater Idlib.

The strikes targeted militants’ positions and equipment in the town of al-Enkawi in northwest Hama and the town of Kafar Aweed in Idlib’s southern countryside. According to the London-based Syrian Observatory for Human Rights (SOHR), the strikes didn’t result in any casualties.

On April 16 morning, two drone strikes targeted militants’ vehicles in al-Enkawi. Three Turkish-backed militants were killed and at least six others were injured.

Opposition activists claimed that the strikes were carried out by Iranian or Russian drones. Both countries are known to have such capabilities. However, these claims are yet to be verified.

These repeated strikes are a testimony to the mounting tensions in Greater Idlib. The region is slowly moving to a new confrontation between Turkish forces and the Syrian Arab Army.

Idlib middle_east Nusra_front Syria Turkey Turkish_army
Previous ArticleA line in the sand is drawn: the US military must leave Iraq
Next Article mysterious Attack on SDF Security Forces In AL-Qamishli With Hand Grenades