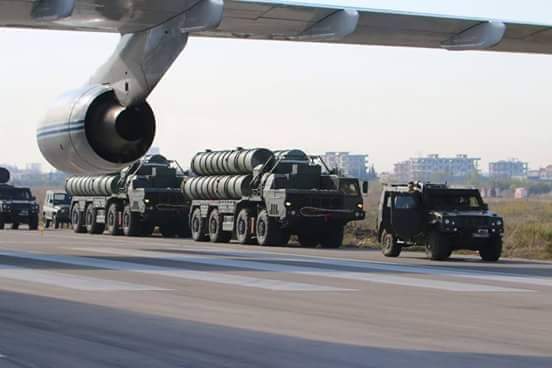 In January 2020 members of the Iraqi parliament said the country was mulling the purchase of advanced Russian S-400 missile systems amid concerns that Washington might stop supporting Iraq and providing it with modern air defence armaments.

The Parliamentary Security and Defence Committee of Iraq submitted a detailed study requesting the purchase of Russian long-range, surface-to-air S-400 missile defence systems for the consideration of the country’s caretaker prime minister Adel Abdul-Mahdi on 18 April.

“The issue has already been discussed with relevant figures at the General Command of Armed Forces, and now awaits the prime minister’s agreement,” committee member Badr al-Ziyadi was quoted as saying by the Arabic-language newspaper al-Sabaah.

As he underscored the country’s need to enhance its defence capabilities, the parliamentarian explained that the acquisition of the S-400 missile system could be finalised after ratification of the deal by the new government that succeeds the current caretaker one, adding his parliamentary committee “will support the next Iraqi government’s decisions in this regard, and will present relevant proposals and pieces of advice to it”

“The approval to acquire such a sophisticated system requires large financial allocations and a political decision in order to diversify the sources to get the weapons as we cannot just rely on the Western camp, but rather need to incline towards the Eastern camp as well,” said Ziyadi.

In a number of previous instances, the Iraqi lawmaker had gone on record as voicing concerns over attempts to pressure Baghdad to forgo signing arms contracts with other states.