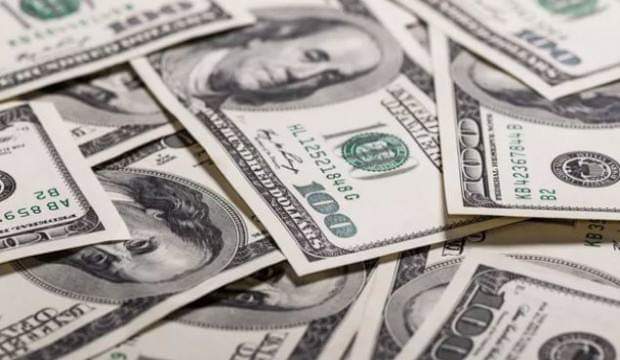 The United States government and the Federal Reserve have taken unprecedented fiscal measures to keep the economy afloat and prevent a new Depression in recent weeks, introducing round after round of new spending and loan guarantees to the tune of trillions of dollars.

The US’s national debt and American corporate debt have hit record levels thanks to the coronavirus pandemic, with fears growing that liabilities soon may reach a “tipping point” that the country may find impossible to dig out of, the Washington Post has reported, citing multiple economists and bank analysts.

Congress and the Federal Reserve have moved to inject over $6 trillion in stimulus spending into the economy in recent weeks to deal with the economic dislocation caused by the COVID-19 pandemic, with much of the money going to corporations and big banks, while ordinary Americans get one-time $1,200 checks and promises of free hospital visits if they have the coronavirus.

Amid the crisis, federal spending is expected to hit almost $4 trillion more in 2020 than the government collects in revenues, with the deficit’s size calculated to be twice as large relative to the size of the US economy in any year since 1945, when America was involved in a World War.

The Federal Reserve has played its part, turning on the printing presses, dropping interest rates to zero and facilitating over $2 trillion in loans.

But the strategy to take on this unprecedented amount of new debt may create disbalances over the long term and hinder any hopes for a rebound, economists say.

“We should be very worried,” Dr. Afif Mian, an economics professor at Princeton told the Post. “We are talking about a level of debt that would certainly be unprecedented in modern history or in history, period. We are definitely at a tipping point.”

In previous crises, the United States has depended on the dollar’s status as the world’s de-facto reserve currency, racking up debts and engaging in quantitative easing without fear that investors could someday conclude that the state can’t pay its debts and dump US treasuries, resulting in soaring inflation and skyrocketing interest rates.

This time, things may be different Mian warns, with America’s government, business and household debt already in excess of 250 percent of total GDP.

The academic, who has written excessively about how the Fed’s policy on interest rates has distorted market discipline by generating essentially “free” money, believes that continuing this strategy could lead to stagnant growth in the future. The US is already stuck in a “debt trap” similar to that of Japan, Mian says.

According to estimates by the Committee for a Responsible Budget, a Washington-based non-profit, the US’s national debt alone will surpass 100% of its $21.42 trillion GDP this year, with that amount equivalent to over $66,000 for every single man, woman and child in the country. That’s not counting US business and household debt, which topped $32 trillion last year, before the COVID-19 crisis even began. Additional borrowing in the months to come is expected to push the national debt beyond the 106 percent of GDP record set in 1946.

However, unlike in the post-war period, the US today doesn’t enjoy the prospects of gaining new European and Asian markets destroyed by the war. Nor does America have the massive industrial base it did in the late 1940s, which together with the Marshall Plan helped US companies establish a foothold for American-made products for decades to come after the war.

In early April, as US companies reportedly drew over $200 billion from their credit lines, JP Morgan CEO Jamie Dimon reported in a letter to shareholders that the bank’s lending “already dramatically exceeds what happened in the global financial crisis” of 2008. At the same time, a recent survey of corporate borrowing by the International Association of Credit Portfolio Managers found that 90 percent of loan managers at top US banks expect to see a rise in corporate defaults as credit risks, and the cost of borrowing, go up.