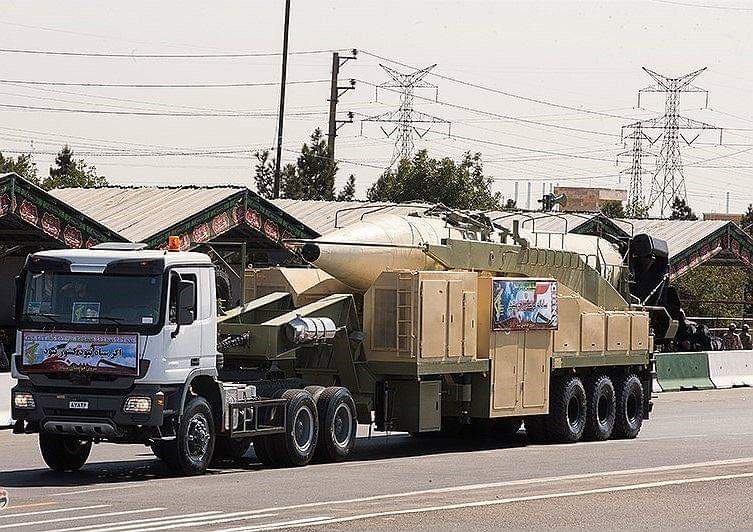 A Russian aviation news outlet says Iran may have replicated an Israeli missile that was shot down in Syria, citing a video of the test of a new Iranian anti-tank missile.

Avia.Pro reported that the new missile seems to resemble one of the Israeli projectiles that were downed by the Russian electronic warfare system during an attack on Syria,.

The report added that the downed missile was later successfully removed from the country by “Iranian intelligence service”, and was studied and completely copied.

The news outlet shared a video that showed the accuracy of the Iranian copy of the Israeli “Spike” missile in hitting its target.

Avia.Pro quoted experts as saying that Iran may use Israeli missiles against Tel Aviv itself in the near future.

Iranian authorities have repeatedly said that the country’s missile program has not been established for non-conventional purposes and is only meant as part of the country’s deterrence capability.

Iran holds the very first ranking in the field of missile technology among the Middle Eastern countries, according to a commander of the Islamic Revolution Guards Corps (IRGC).

“Today, we rank first in the missile technology at the regional level and are placed among the few global powers in this regard,” Brigadier General Amir Ali Hajizadeh, the commander of the Aerospace Division of the IRGC, said last August.

In June, Major General Hossein Salami, the chief commander of the IRGC, said Iran had managed to change the balance of power in its favor by harnessing the technology required for manufacturing ballistic missiles.

Salami said the Islamic Republic acquired the know-how 12 years ago while trying to prepare its defenses against the United States’ aircraft carriers.