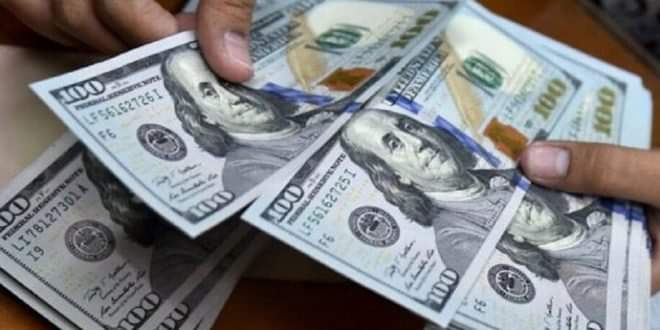 As the COVID-19 pandemic continues to cripple the world economy, global investors are desperately seeking safe havens. However, this time they opted to pick neither US bonds, nor gold, nor the Japanese yen, but Chinese government debt. Chinese economic researcher Xu Xuemei has explained the new trend.

Global investors have doubled down on acquiring 10-year Chinese government yuan-denominated bonds amid the coronavirus pandemic. During the first quarter alone, foreign investors ploughed 59.7 billion yuan ($8.42 billion) into the Chinese interbank bond market, according to the People’s Bank of China. By the end of March 2020, a total of 2.26 trillion yuan ($319 billion) in Chinese onshore debt was held by 822 foreign institutions.

According to the Financial Times, China’s $13 trillion bond market has become “an unlikely sanctuary” for foreign asset managers, as extreme market volatility “has shaken up traditional havens such as US government debt, gold and the Japanese yen”. It appears unusual, given the fact that the country is still on a bumpy road to full economic recovery. The PRC economy shrank 6.8% in the first quarter – the first time in several decades. At the same time, retail sales and investment in fixed assets in China in the first quarter decreased by almost 20%.

However, the truth of the matter is that other economies are also experiencing difficulties as the COVID-19 pandemic has spread throughout the world, says Xu Xuemei, a researcher at the Centre for World Economy and Development of the China Institute of International Studies, adding that under these circumstances, the Chinese market is largely regarded as a “safe haven” for global investors.

“Foreign investors’ engagement with the Chinese debt market is growing”, Xu points out. “First, due to the spread of the coronavirus epidemic and fluctuations in the oil market, the volatility of global stock markets intensified, people began to realise the risks. Second, due to soft monetary policy in many countries, the Federal Reserves and Central Banks of a number of other countries cut rates significantly”.

Struggling to support their economies hit by coronavirus-related recession, developed countries have decided to lower interest rates, with Japan and a number of European markets now offering rates below zero.

While US government bond prices hit record highs earlier this year, their yields have plummeted to 0.5%. As a result, Chinese debt’s extra yield has soared by two percentage points if compared with US Treasuries – the biggest gap in nearly nine years, according to the Financial Times.

The researcher explains that “the Chinese market has become attractive to foreign investors because, despite the epidemic, the fundamental economic indicators in China have remained unchanged and nothing prevents the long-term recovery and growth of the Chinese economy”.

Chinese government bonds and bonds of its state-owned banks are regarded as especially reliable by investors: being the second largest in the world, the Chinese economy is “too big to collapse”. Therefore, with relatively equivalent indicators of reliability, capital will go where higher yields are offered, according to the researcher.

“China is increasing the openness of its financial markets”, Xu emphasises. “Foreign investors are optimistic about the growth prospects in China. This is the key”.

The Chinese debt market started to grow rapidly after the launch of the Bond Connect programme, which allows foreign investors to trade in mainland China’s bond markets through Hong Kong without an onshore trading entity. Having freed foreign investors from a host of administrative formalities, the Bond Connect programme has significantly eased their access to the Chinese government debt market.

On the other hand, the influx of foreign investments will come in handy to the People’s Republic. The country’s authorities are actively using fiscal stimulus measures to bring the economy back on track. As a result, fiscal revenues decreased by 26.1% in March. To fill the gap, the country’s Ministry of Finance has announced that it would issue additional special-purpose bonds worth of one trillion yuan ($141 billion). Previously, the Chinese government approved the issuance of 1.29 trillion yuan ($182 billion) in special bonds. Foreign investments will be directed to infrastructure projects initiated by local governments to maintain employment and restore economic growth.