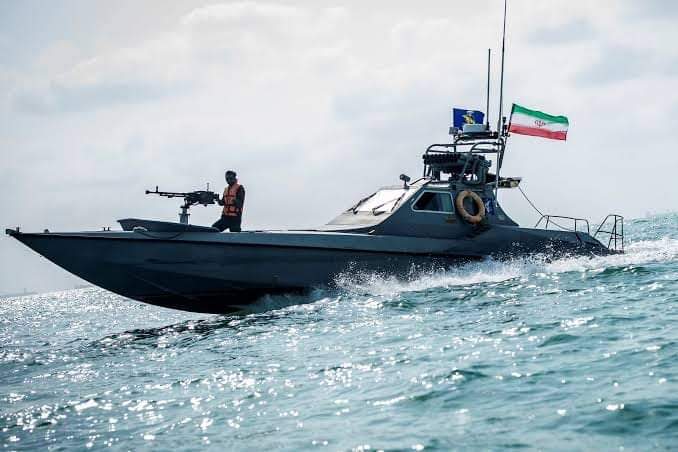 Trump ‘Instructs’ Navy to ‘Shoot Down, Destroy’ Any Iranian Gunboats if They ‘Harass’ US Ships

The statement by POTUS comes several months after the two countries were on the verge of open hostilities after a US Air Force strike killed top Iranian general Qasem Soleimani while the latter was visiting Iraq on a diplomatic mission in January 2020.

US President Donald Trump announced via his Twitter that he has given the green light to the American Navy to attack and sink small Iranian military vessels if they start harassing US military ships.

A spokesperson for the Iranian Armed Forces has responded to the president’s tweet by advising Washington to focus on saving its own military from the coronavirus outbreak instead. Per a 17 April report by the Pentagon, the number of COVID-19 cases within the Department of Defence has reached nearly 5,000.

“Today, instead of bullying others, the Americans should put all their efforts toward saving those members of their forces who are infected with coronavirus”, the spokesperson said.

The US Navy has complained on multiple occasions that so-called Iranian fast boats are approaching dangerously close to their destroyers and carriers patrolling the Persian Gulf region. On 15 April, the American military reported that a group of 11 vessels from Iran’s Islamic Revolutionary Guard Corps (IRGC) Navy harassed US warships in the northern Persian Gulf.

“The IRGC Navy vessels repeatedly crossed the bows and sterns of the US vessels at extremely close range and high speeds”, a US Naval Forces Central Command statement said, adding that some passed within 50 yards of the bow of the expeditionary mobile base vessel USS Lewis B. Puller and within 10 yards of a US Coast Guard Island-class cutter.

Trump has raised the issue of Iranian boats allegedly harassing American vessels in the past. He reportedly requested former Pentagon chief James Mattis to come up with a plan to deal with Iranian “fast boats”.

US warships firing at Iranian military vessels might potentially lead to a new round of tensions between the two just four months after both ended up on the verge of an open military conflict. The latest escalation happened after the US Air Force killed top Iranian general Qasem Soleimani in an airstrike in Iraq on 3 January 2020.

Washington claimed that Soleimani visited the country because he was purportedly planning attacks on American embassies in the region. However, both Iranian and Iraqi authorities denied these unsubstantiated claims revealing that Soleimani had visited Iraq on a diplomatic mission to pass on a message to Saudi Arabia, who had cut all ties to Tehran.