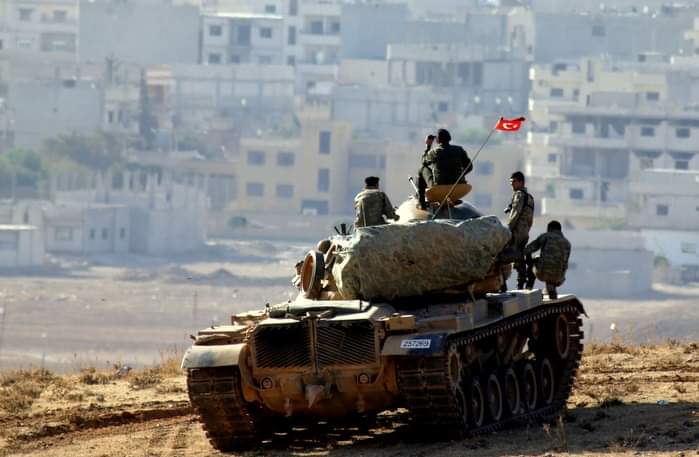 The Afrin Liberation Forces (ALF) announced on April 21 that its units had carried out three new attacks on Turkish-backed militants in the northern Aleppo countryside.

In an official statement, the Kurdish guerilla group claimed that six militants were killed and five others were injured in the attacks.

“On April 15:Our forces detonated an improvised explosive device (IED) in a gathering of Turkish occupation’s mercenaries in the outskirt of the town of Kafr Nabu in Shirawa district, killing two mercenaries and injuring two others.

On April 17:Our forces sniped a mercenary of the Turkish occupation in the vicinity of the town of Azaz, killing him immediately.

On April 18:Our forces detonated an IED near a headquarters of Turkish occupation’s mercenaries next to the al-Wataniyah roundabout in Afrin’s city center, killing three mercenaries and injuring three others,” the statement reads

The ALF noted that the Turkish military is still targeting Kurdish areas south of occupied Afrin. Combat drones are also flying over these areas on a regular basis.

The targeted areas are under the joint control of the Syrian Arab Army (SAA) and the Kurdish People’s Protection Units (YPG). Several units of the Russian Military Police are also deployed in these areas. From there, the ALF launches most of its attacks on Turkish forces.

The Turkish military and its proxies have failed to contain the threat of the ALF, thus far. The group is still operating with much freedom around Afrin and even inside it.