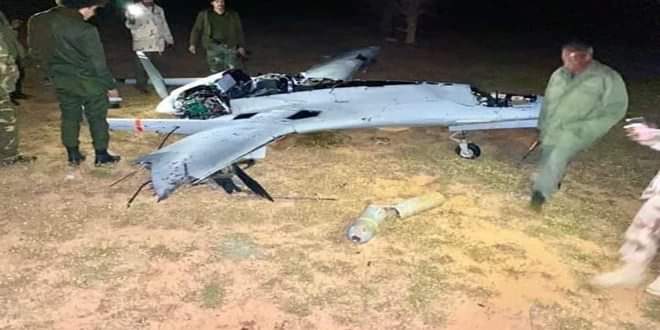 Four Russian Pantsir-S1 air defense systems were able to force several Turkish F-16 warplanes to retreat from their zone of operation in Libya, the Russian publication Avia.Pro reported on Thursday.

“A day earlier, it became known that on April 18, 2020, at least 16 Turkish fighters approached and partially violated Libyan airspace, intending to strike at the advancing forces of the Libyan National Army. Nonetheless, the four Pantsir-S air defense missile systems, immediately put on full alert, forced the Turkish pilots to retreat instantly, as the latter were warned of immediate firing,” the Russian publication reported.

The Libyan National Army has used the Russian-made Pantsir-S1 system to shoot down several Turkish drones in the past; however, this is one of the first times that it has reportedly been used to deter an F-16.

“At the moment, Turkey does not comment on the violation of Libyan airspace, however, given the active support of the forces of the Government of National Accord, experts are confident that Turkey intended to conduct a large-scale air strike,” the publication continued.

Citing one of their military analysts, Avia.Pro said that “Turkey has no missiles to destroy ground targets at long distances, and it can almost certainly be argued that most of the Turkish combat aircraft would simply be destroyed. The current retreat is an epic getaway.”

In March, the Turkish F-16 carried out limited operations in northwestern Syria as they shot down Syrian warplanes that along their border