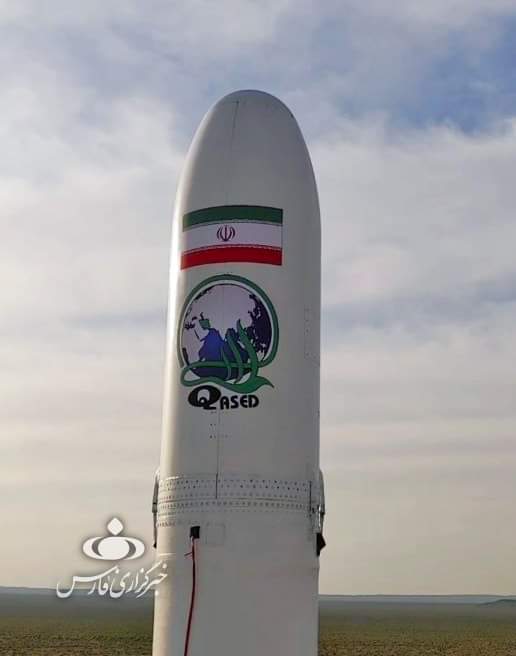 On 22 April, the Iranian military said that its first military satellite Noor (Light) had been successfully placed into an orbit located 425 kilometres (624 miles) above the Earth’s surface, using a Qassed (Envoy) carrier. US Secretary of State Mike Pompeo doubted the launch’s compliance with UN resolutions.

An Iranian satellite that was launched on 22 April is inconsistent with a United Nations Security Council resolution, the UK’s Foreign Office said in a statement.

“Reports that Iran has carried out a satellite launch – using ballistic missile technology – are of significant concern and inconsistent with UN Security Council Resolution 2231“, a Foreign Office spokesman said.

“The UN has called upon Iran not to undertake any activity related to ballistic missiles designed to be capable of delivering nuclear weapons. Iran must abide by this”, the spokesman added.

“We have significant and longstanding concerns, alongside our international partners, over Iran’s ballistic missile programme, which is destabilising for the region and poses a threat to regional security”, he said.

In January 2019, Iran failed to place several satellites into orbit. This attempt was also condemned by some Western nations, who believe that Iran’s actions violate United Nations Security Council Resolution 2231, adopted in 2015 to endorse the Iran nuclear deal.

The United States, as well as some other nations, sees the resolution as banning Iran from launching rockets. At the same time, Russia has stressed that the resolution only calls on Iran to refrain from developing ballistic missiles capable of delivering nuclear weapons.