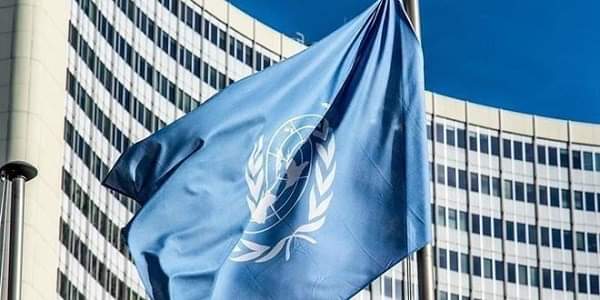 US Says Will Not Take Part in WHO Global Initiative on Developing Drugs, Vaccine for COVID-19

The US earlier pulled the plug on its donations to the World Health Organisation citing the latter’s alleged mismanagement in the fight against the coronavirus pandemic and purported conspiring with China to hide facts about the outbreak during its initial stages.

The US will not take part in the launch of a new global initiative by the World Health Organisation (WHO) designed to organize the joint development of medicine against the coronavirus, a spokesman for the US mission in Geneva said.

“There will be no US official participation. We look forward to learning more about this initiative in support of international cooperation to develop a vaccine for COVID-19 as soon as possible”, the spokesperson said in a written reply to a query sent by Reuters.

At the same time, the initiative, which is scheduled to launch on 24 April, received support from French President Emmanuel Macron and German Chancellor Angela Merkel. The global effort is supposed to unite countries around the world in an attempt to find safe and effective drugs to prevent the infection and cure those who’ve already contracted COVID-19 as well as tests to detect the virus in carriers.

“Today is a kind of political commitment from all these partners to make sure that when we have all these new tools no one is left behind, that those who can afford vaccines or therapeutics can buy them and (put) them at the disposal of the population. It is very important to make sure that you have equitable access to quality, efficient, new tools for COVID-19”, a spokesperson for the WHO said.

US Row With Global Health Body

Washington’s decision to ignore the WHO initiative comes in the wake of President Donald Trump announcing that his country will no longer be sending money to the global health body thus depriving the latter of its biggest donor. The decision was called “poorly timed” in the context of the ongoing pandemic by many members of the international community, including among US allies.

The US previously accused the WHO of poor management in the fight against the coronavirus pandemic and of siding with China in its alleged attempts to hide crucial facts about the spread of the virus in the early stages of the pandemic. Both the WHO and Beijing denied these allegations.