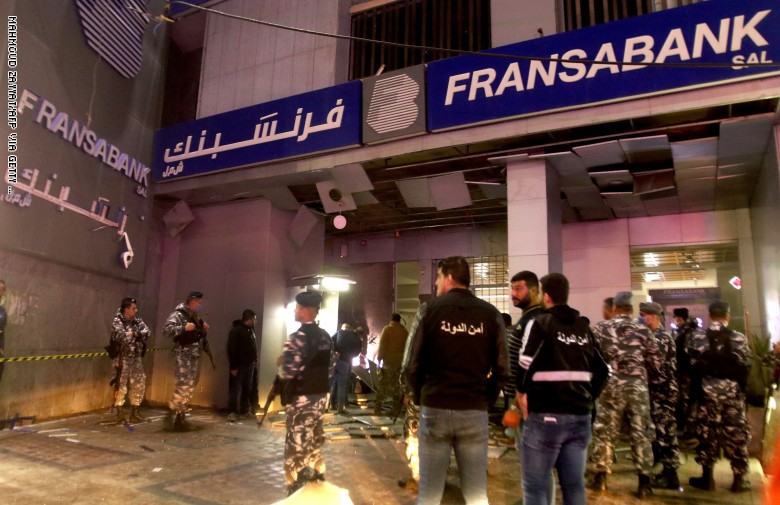 An explosive device has been lobbed at a private bank in Lebanon in the latest attack on financial institutions in a country facing its worst economic crisis in decades.

The night-time assault by unidentified attackers took place at Fransabank branch in the southern city of Sidon on Saturday, destroying its roof and glass facade.

The attack came a day after Prime Minister Hassan Diab said Lebanese bank deposits had plunged $5.7 billion in the first two months of the year, despite curbs on withdrawals and a ban on transfers abroad.

Lebanon has been grappling with a dire economic situation, lack of equity, and rising unemployment. Recent revelations resulting from the lockdown imposed to battle the novel coronavirus has further aggravated the country’s economic crisis that has triggered public anger.

Lebanon’s local currency, the Lebanese pound, has plummeted in value from around 1,500 pounds against the greenback to almost 3,800 on the parallel market, losing over 60% of its value against the dollar.

Since October last year, the streets of Lebanon have witnessed several protests, including attack on banks, amid the economic crisis.