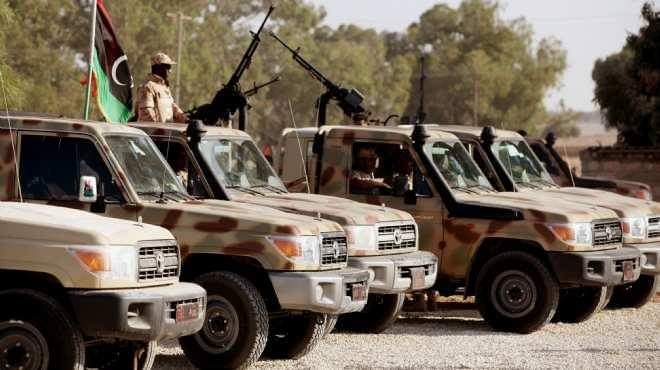 The Libyan National Army (LNA) launched a heavy attack on the Mitiga Airbase in Tripoli on Sunday, targeting several sites inside this strategic installation that houses several Turkish military personnel.

According to a field report from Tripoli, the LNA heavily targeted the Mitiga Airbase with artillery shells and rockets, causing a number of explosions that could be heard throughout the capital.

“The Haftar terrorist militias continue to bomb the Grad rockets at Mitiga Airport and the residential neighborhoods in its vicinity,” the Government of National Accord (GNA) forces announced this afternoon.

The Mitiga Airbase is Turkey’s main base in Libya, as it not only houses their soldiers, but also their military equipment.

This latest development comes at a time when the fighting between the GNA and LNA forces are at their most violent and intense.

In an effort to calm the situation, the European Union recently launched a new initiative in the Mediterranean Sea called “IRINI”, which will focus on ensuring the implementation of the international arms embargo on Libya.

The GNA has already criticized this move by the European Union, as they view it as an attempt to prevent Turkish shipments to Tripoli.