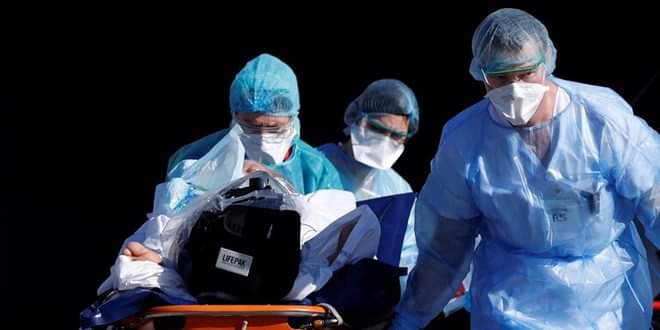 As the global number of those infected with COVID-19 reached 2,719,897 on Saturday, according to the World Health Organisation, one of the worst-hit countries, Spain, said that daily fatalities had fallen to the lowest level in more than a month, with the government mulling easing some of the strict restrictions introduced on 14 March.

Rivalry between the United States and China will intensify in the context of the ongoing coronavirus pandemic, believes Spain’s Minister of Foreign Affairs Arancha Gonzalez Laja.

Speaking in an interview published on Sunday by El Mundo, the minister said:

“This is a strategic rivalry [between the US and China] that is there and will worsen.”

When asked whether, in her opinion, the crisis triggered by the COVID-19 pandemic would also heighten inequality between the North and South, the minister replied:

“Yes, at least in an initial phase, we will move further away from Africa. Unless we build a network that helps the countries of the South navigate this crisis.”

Offering her opinion on whether a new world order might take shape after the global health crisis, Spain’s Minister of Foreign Affairs said:

“Movements that were underway will accelerate: geopolitical rivalry and the need for Europe to be clear about its role: if we have autonomy or if we become an appendage.”

Commenting on the economic fallout of the coronavirus pandemic for Spain, after the Bank of Spain forecast a drop in GDP of up to 13 percent in 2020, the minister believes it is difficult to slow down or mitigate the consequences of the crisis.

“It is difficult because the main measure taken to curb contagion has been to drastically reduce freedom of movement. And the economy needs mobility. For tourism, for example, which is 12 per cent of our GDP, mobility is essential. It is almost impossible to avoid a drop in GDP,” said González Laya.

Spain has been one of the hardest-hit countries in the pandemic, with the current death toll at 22, 902 according to Johns Hopkins University, and the overall number of registered cases at more than 223,700.

“The problem here is the size of the epidemic, the great quantity of infections which we had at the epidemic peak,” Fernando Rodriguez, a public health professor at Madrid´s Autonomous University was quoted by AFP as saying.

Only the United States has more confirmed COVID-19 cases than Spain, with 939 249.

COVID-19 “circulated under the radar a lot” prior to the government ordering a nationwide lockdown on 14 March, the head of epidemiology at Barcelona´s Hospital Clinic, Antoni Trilla was cited as saying.

Experts cited by AFP suggested several factors as affecting the spread of the disease in Spain. Thus, the lifestyle in a country where people spend a lot of time outside, eating out, socializing, compounded by the traditionally tactile manner of interacting, similar to Italy’s, with a great deal of hugging and touching.

Density was also mentioned, as Spain has the most people living in flats of any European Union country, according to EU statistics agency Eurostat.

However, as the growth of new coronavirus infections in Spain has fallen to a record low since the start of the outbreak, the country has been bracing itself for the reopening of some sectors of its economy.

Prime Minister Pedro Sanchez said on 25 April that he expected to approve a further relaxing of the country’s lockdown measures, that will include allowing outdoor exercise and walks after 2 May. Children up to 14 are permitted to leave their homes for an hour a day starting today, reported Bloomberg.