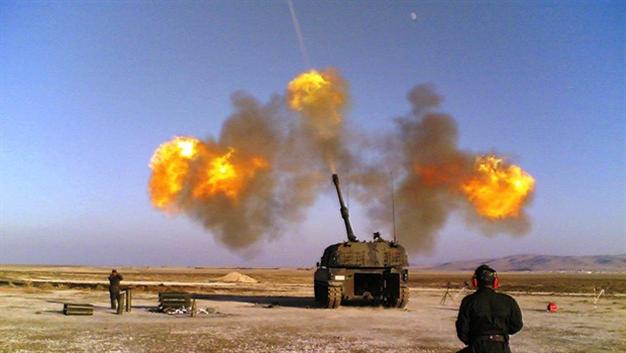 The Syrian Arab Army (SAA) launched a new attack on the jihadist defenses in southern Idlib, Tuesday, targeting their positions along the Jabal Al-Zawiya front-lines.

According to a field source in the nearby Hama Governorate, the Syrian Arab Army began to target the jihadist defenses in southern Idlib after the latter was seen moving their forces towards the front-line area in Jabal Al-Zawiya.

The source said the Syrian Army targeted the jihadist positions with heavy artillery and missiles, hitting their front-lines at Al-Fateera and Al-Bara’ in southern Idlib.

He would add that the Syrian Arab Army is still striking hte jihadist positions at this time, as they are currently in violation of the March 5th Moscow Agreement.

The Syrian Arab Army has increased their attacks against the jihadist forces in southern Idlib recently, as they attempt to force these militants to withdraw six kilometres north of the M-4 Highway (Aleppo-Latakia Highway).

At the same time, the Russian and Turkish armed forces continued their patrols along the M-4 Highway on Tuesday, despite protests by Hay’at Tahrir Al-Sham (HTS) in the eastern part of Idlib.

Earlier this week, the Turkish Army broke up an HTS-sponsored protest near the town of Al-Nayrab; this prompted the latter to attack some observation posts in the Idlib Governorate.

As a result, the Turkish Army destroyed the militant barriers and dispersed the protesters to clear the highway.