Home Politics In November US election, the choice could be which rapist to elect 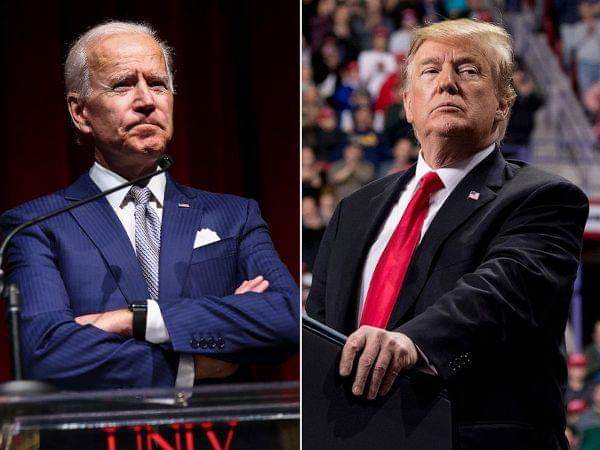 The choice in the November US presidential election could be which rapist to elect, Donald Trump or Joe Biden, American political analyst and activist Myles Hoenig has said.

Hoenig, a former Green Party candidate for Congress, said in an interview with Press TV on Saturday that it is Biden who should be advising Trump on sexual predatory behavior.

He made the remarks after the Republican president took the side of Biden over sexual allegations against the former Democratic vice president.

Biden is currently embroiled in sex scandal after his former Senate staffer Tara Reade accused him of assaulting her in the basement of a Capitol Hill office building in the 1990s.

Although his campaign has denied the allegation first made more than a month ago, the story attracted fresh attention this week after two of Reade’s associates said she had previously told them about elements of her allegations.

Trump, who will face Biden in November election, advised Biden to “fight” the allegation against him, claiming he himself had been a victim of “nonsense false accusations.”

“He’s gonna have to make his own decision, I’m not going to be telling him what to do,” Trump told in an interview with conservative radio host Dan Bongino. “Biden is gonna have to go out and fight his own battles.”

Hoenig said, “The choices in November among the Democrats and Republicans aren’t just a matter of the lesser of two evils, or ‘the evil of two lessers’, but if it’s Biden versus Trump it will be which rapist one prefers. “

“No surprise that Donald Trump is offering advice on this matter, as he is, for once, an expert on something, and this is being an expert of predatory sexual behavior,” he said.

“But Biden should be the one to really offer advice to Trump as he is the one who has sailed through public life with many charges and never held accountable by the media or Democratic Party establishment,” he added.

“When Biden loses elections, it’s based on other character flaws and crimes, such as lying and stealing other people’s written works. Rape, sexual predation, etc. have not been as much of a disqualifier,” he said.

“The #MeToo movement has died with Biden as so many faux feminists are simply rape apologists. With Trump it was easy to be pro-women. Trump is a public low-life and the people around him and those he appoints, such as Kavanaugh of the Supreme Court, only typifies how easy rape culture has taken ahold of the American psyche,” he continued.

“The #MeToo movement, started with Weinstein quickly spread throughout Washington, as long as the Republicans were in charge. Ironically, the first political figure to be outed for sexual predation was Dem. Senator Al Franken of Minnesota, and especially denounced by Sen. Amy Klobuchar, who is now a rape apologist for Biden,” he said.

“When Trump was debating Clinton, he had Bill Clinton’s rape victims front and center at the debate, to intimidate Hillary, her husband’s rape enabler. If there were to be any debate come this November, the first several rows will be filled with both of their victims,” he concluded