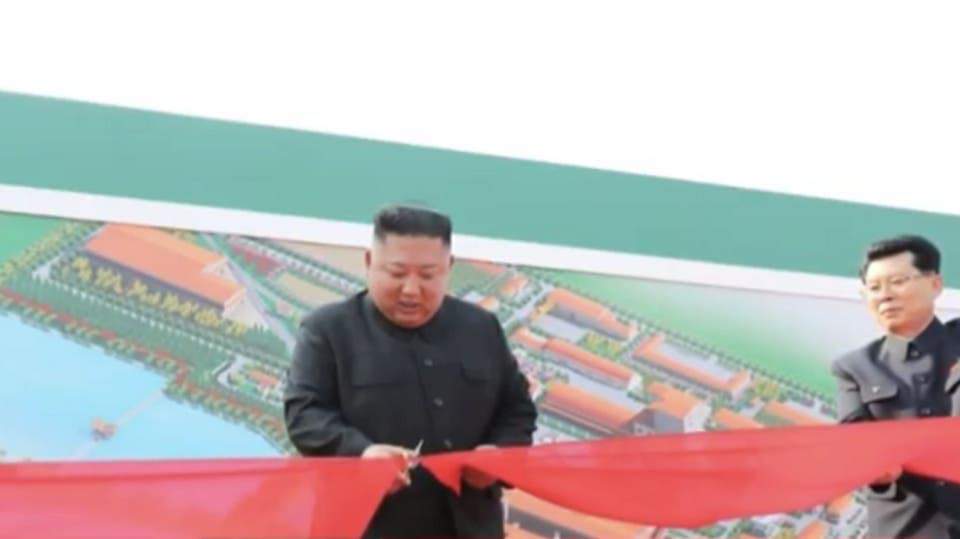 Kim Jong-un’s well-being has been a matter of speculation over the past several weeks as the North Korean leader has been conspicuously absent from public events which led to rumours that he was either ill or even dead.

A video of North Korean leader Kim Jong-un inspecting a fertiliser plant in Sunchon after his several-week absence from public functions has been shared by the Korean Central News Agency.

In the footage, the supreme leader is seen cheered by locals in face masks outside of the plant, waving flowers and flags. Kim himself was filmed talking with top officials, seemingly in good health and spirits. Notably, none of them was wearing any facial protection

He was also seen examining a machine installed in the plant and giving instructions to officials who escorted the chairman. Kim, a habitual smoker, was also spotted with a cigarette during a meeting at the facility.

Kim’s previous public appearance took place on 12 April and his several-week-long absence, coupled with reports that he had been undergoing treatment following a heart-related surgery, fuelled rumours that he was gravely ill or even dead.