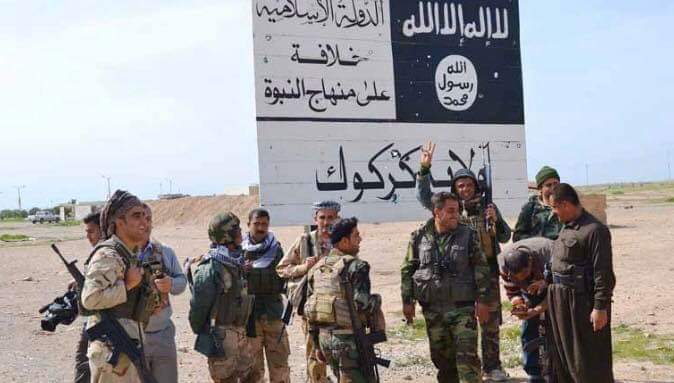 A major Iraqi resistance group has warned about a fiendish plot by the United States to transfer members and field commanders of the Daesh Takfiri terrorist group from neighboring Syria to the Arab country.

In a statement published on Saturday, Harakat Hezbollah al-Nujaba, part of the Iraqi Popular Mobilization Units (PMU), or Hashd al-Sha’abi, expressed serious concerns over latest US military activities in Iraq, among them the transfer and relocation of troops and military hardware.

The group then dismissed the withdrawal of American troops from a number of bases across Iraq as “a smoke screen operation,” adding that Washington is hatching a new plot for the Arab country.

The statement came after at least 10 members of Hashd al-Sha’abi forces were killed in a coordinated attack carried out by Daesh in Iraq’s north-central province of Salahuddin, the group said earlier on Saturday.

According to a Hashd al-Sha’abi statement, nine members of the Tigris Regiment were killed and two others wounded in the town of Mekeeshfa, while one member of Brigade 41 was killed in Tal al-Dahab area of the city of Balad.

“Iraq has to chase terrorists to maintain the achievements already obtained, and to purge Iraqi territories of their presence,” Iraqi President Barham Salih’s office said in a statement on Saturday.

The presidency also praised the courage that Iraqi forces have demonstrated in order to thwart terrorist attacks, emphasizing that current challenges facing Iraq require national unity and cooperation among all strata of the society.

It then stressed the need for the quick formation of a new Iraqi government, which can carry out its responsibilities to protect the security, stability and sovereignty of Iraq and to fulfill the Iraqi nation’s hopes for a dignified life.

Separately, Prime Minister-designate Mustafa al-Kadhimi paid tribute to families of the victims in a post published on his official Twitter page

Our condolences to the families of the brave PMF martyrs, who lost their lives in the attack by Daesh terrorists. Their blood will not go in vain. Our security forces will continue to pursue terrorists until we clear our land of its abomination,” he said.

He also lauded the latest heroic sacrifices made by PMU forces, saying Daesh terrorists sought to restore the situation when they were in control of a great proportion of the Iraqi soil, but they desperately failed.

Fayyadh then thanked Iraqi people for their support and solidarity with his fellow fighters.

Hashd al-Sha’abi fighters have played a major role in the liberation of Daesh-held areas to the south, northeast and north of the Iraqi capital, ever since the terrorists launched an offensive in the country, overrunning vast swathes in lightning attacks.

In November 2016, the Iraqi parliament voted to integrate the PMU, which was formed shortly after the emergence of Daesh in Iraq in 2014, into the military.