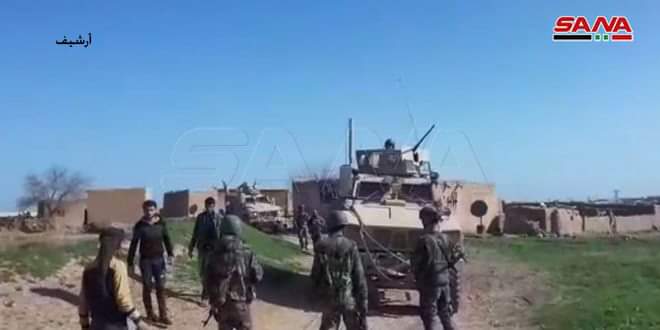 US servicemen have shot dead a Syrian civilian, who drove a car in the province of Deir ez-Zor, Syria’s state media reported, citing local civilian sources.

According to the SANA news agency, the car slanted off the road near the Conoco oil field, which prompted the US servicemen to open fire.

The US troops, jointly with the Arab-Kurdish Syrian Democratic Forces, maintain control over parts of northeastern Syria. The American military is concentrated around oil and gas fields in the provinces of Al-Hasakah and Deir ez-Zor.

Earlier in the month, an American officer and two members of the Syrian Democratic Forces were killed in the town of Al-Sur in the province of Deir ez-Zor after they were ambushed by unidentified persons, according to the agency.

Syria has repeatedly demanded that all uninvited occupying forces, including the US and Turkish troops and their proxies, vacate the area immediately and return control of the occupied area back to Damascus, its rightful owner under international law.