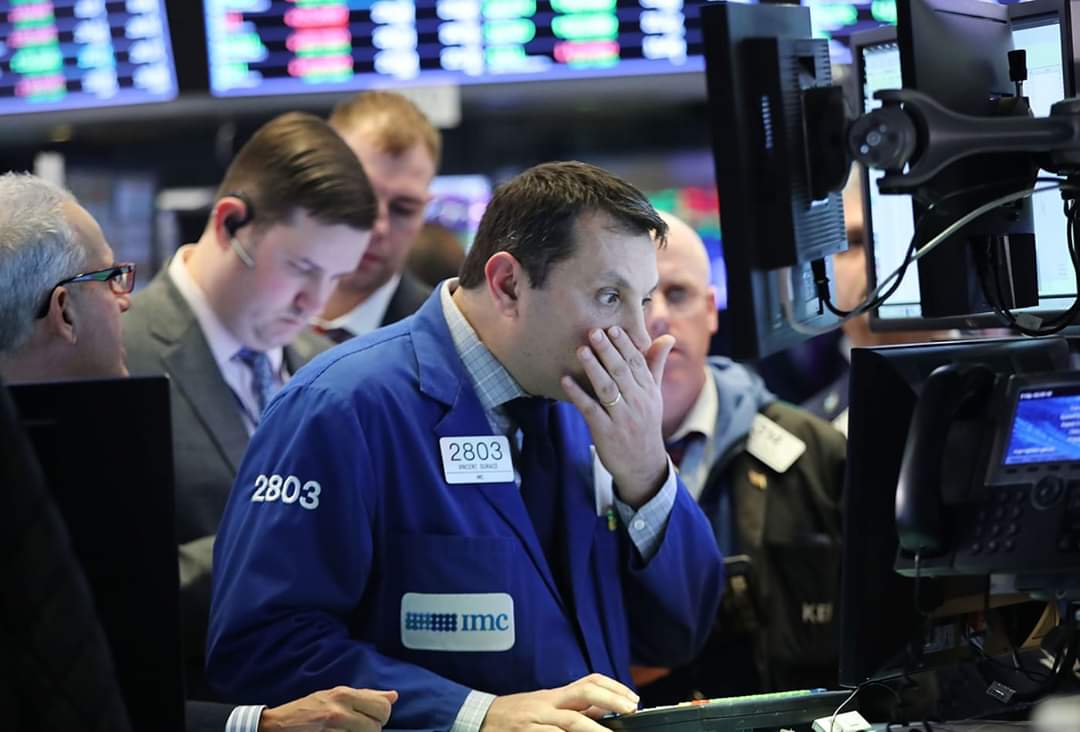 US stocks are facing a second straight day of losses, after President Donald Trump threatened to unleash a new barrage of retaliatory tariffs on China over the coronavirus crisis.

The Dow Jones Industrial Average fell over 400 points while both the S&P 500 and the Nasdaq Composite lost around two percent.Thus all three indexes extended Thursday losses that came on gloomy jobless data.

Most European and Asian markets were closed for holidays on Friday. The London Stock Exchange was one of the few working, with the FTSE 100 index dropping almost two percent. In Asia, Japan’s Nikkei closed down nearly three percent

The negative sentiment prevailed, after Trump said that he could unleash new tariffs against China. The US president also stated that the trade deal that marked a truce in the long-running tariff row between the world’s two biggest economies is now of secondary importance to the coronavirus outbreak. Speaking to reporters on Thursday, Trump pushed the theory that Covid-19 originated from a laboratory in Wuhan, despite Beijing, along with some other countries, insisting there is no evidence to back the claim.

The decline on the first trading day of this month also followed some alarming signals from two major giants, Amazon and Apple, which led the US market rebound. The iPhone maker missed its own initial revenue projections, despite posting a modest increase, compared with the $58 billion generated one year ago. Despite Amazon enjoying huge growth in sales amid the coronavirus outbreak, CEO Jeff Bezos warned investors that the company may further suffer from the expenses incurred as a result of the crisis