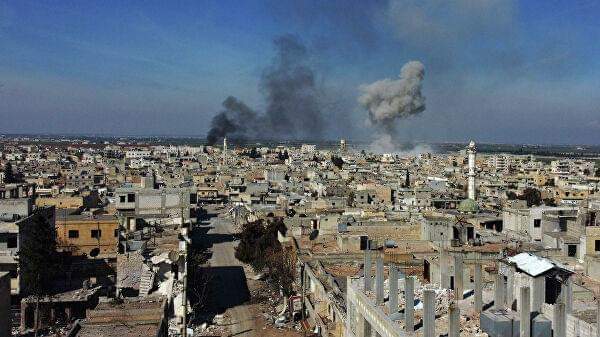 The Yemeni Media Union says the ongoing Saudi-led military campaign against the war-ravaged Arab country has resulted in the death of approximately 300 journalists and damaged nearly two dozen media institutions.

The union, in a statement issued on Sunday on the occasion of the World Press Freedom Day, announced that the Saudi-led acts of aggression have claimed the lives of more than 290 journalists, and led to the demolition of 23 media institutions over the past five years.

The statement noted that the Saudi-led military coalition’s strikes “have killed about 90 war journalists during the fifth year [of the war],” bringing the total number of journalists killed in Yemen to 290 within the past five years.

“The coalition of aggression continues to commit crimes and violations against civilians besides vital and economic facilities, including media institutions and their personnel. Moreover, mercenaries are not held accountable for the war crimes perpetrated against Yemeni people,” the statement pointed out.

The union then pointed to the numerous crimes and grave violations against the Yemeni media sector, mostly notably its president, Abdullah Sabri, who lost three members of his family in a Saudi-led air raid, criticizing the “suspicious” silence of international organizations on the matter.

“The Saudi-American alliance of aggression has committed dozens of crimes and violations against journalists and media personnel in Yemen,” the statement added, noting that the media casualty figure included “some 45 journalists working for national media institutions, while 25 others have been wounded.”

The coalition has targeted radio stations and television networks on 30 occasions, and a total of 23 media facilities and institutions have been either totally or partially destroyed as well, the statement said.

The union further highlighted that while eight television stations have been taken off the air, there have been seven cases of jamming of satellite TV channels. Dozens of accounts on social networking sites like Facebook, Twitter and YouTube have also been terminated.

Additionally, there are 143 recorded cases of international journalists being prevented from entering Yemen.

The Yemeni union also called for “the formation of an independent international committee to investigate the crimes committed by the Saudi-led coalition against the Yemeni media … and referring those responsible to the International Criminal Court.”

The Yemeni Media Union finally stressed the need for lifting the air embargo on Sana’a International Airport, allowing free travel for Yemeni and international journalists, and providing them with adequate protection.

At least 80% of the 28 million-strong population is also reliant on aid to survive in what the United Nations has called the world’s worst humanitarian crisis.

According to the UN’s top aid official, Mark Lowcock, civilian casualties have risen every month since January.