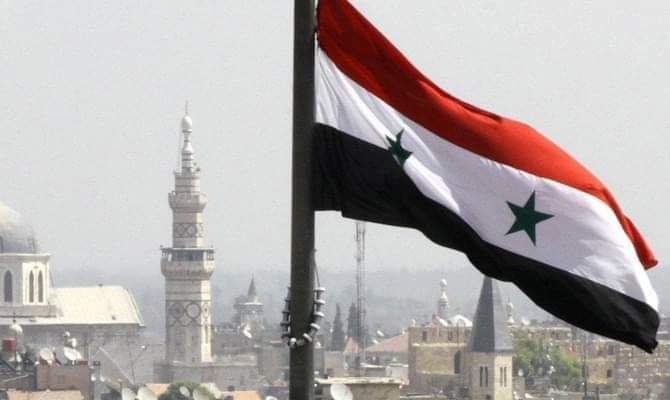 Syria has strongly lambasted Israel’s plan for annexing much of the occupied West Bank and roundly rejected statements by Israeli Prime Minister Benjamin Netanyahu to grab more Palestinian lands in the occupied region.

In a statement carried by the country’s official news agency SANA on Sunday, Syria’s Ministry of Foreign Affairs and Expatriates stressed that Netanyahu’s statements came in the context of the “aggressive expansionist behavior of the usurping Zionist entity.”

This came after the Israeli premier stressed that he would start plans for annexing more areas in the occupied West Bank on July 1 according to US President Donald Trump’s so-called Mideast plan.

Defying international outcry, Trump formally unveiled his much-condemned and long-delayed “Deal of the Century” for the Israeli-Palestinian decades-long conflict in January at the White House with Netanyahu on his side.

Trump’s Middle East scheme largely meets Israel’s demands while creating a Palestinian state with limited control over its own security and borders, enshrining the occupied Jerusalem al-Quds as “Israel’s undivided capital” and allowing the regime to annex settlements in the occupied West Bank and the Jordan Valley.

The so-called peace plan, which further denies the right of return for Palestinian refugees to their homeland, is also in total disregard for UN Security Council resolutions and the opposition by the vast majority of the international community.

Elsewhere in its statement, the Syrian Foreign Ministry stressed that Netanyahu’s land-grabbing aspirations demonstrate Tel Aviv’s continuous violation of and contempt for international legitimacy and the international community’s decisions regarding the legal status of the occupied lands, particularly with respect to East Jerusalem al-Quds and Syria’s Israeli-occupied Golan Heights.

In 1967, Israel waged a full-scale war on Arab territories, during which it occupied a large swathe of Golan and annexed it in 1981, a move condemned by the international community. Syria has repeatedly reaffirmed its sovereignty over the Heights, stressing the territory must be completely returned to the control of Damascus.

“Syria demands that the international community take action and put an end to the Israeli and American arrogance and disdain of the international legitimacy, which constitutes a serious threat to security and stability in the region and the world,” the statement added.

The Syrian Foreign Ministry also warned that Israel targets an entire nation, meaning that everyone must take a responsible position for defending the nation’s interests and rejecting any form of normalization with “this usurping entity.”