Alleged Footage of US Choppers Swooping Down on Syrian Town, Picking Up Unknown Persons 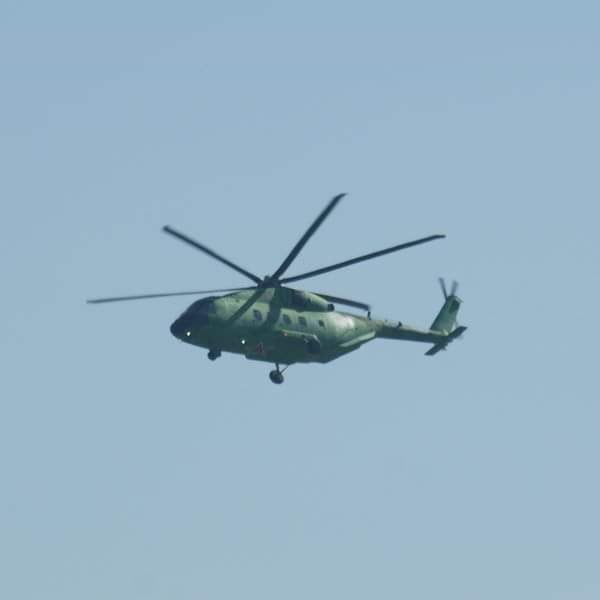 The US established a military presence in oil-rich northeastern Syria in 2017 after Syrian Kurdish militias backed by US airpower drove the Daesh (ISIS)* terrorists from the region. Damascus has repeatedly demanded that Washington relinquish its presence and return control over the area to Syria’s internationally recognized government.

US and SDF forces were said to have targeted a house in Quraish, a village about 1 km from the Iraqi border, on Monday night. One of the persons kidnapped is thought to be an Iraqi national.

SANA did not provide any possible motives for the raid, but did recall that US forces have carried out similar operations in recent years which were since revealed to be cover for the transfer of terrorist elements from Hasakah and Deir ez-Zor to bases in Iraq.

The White House and the Pentagon have not commented on the veracity of the report.

The report comes less than 24 hours after the release of footage by Iraqi militia group Harakat Hezbollah al-Nujaba, a member of Iraq’s Baghdad government-allied Popular Mobilization Forces, showing what the group claims is night vision footage of a US helicopter landing in a town in Syria under the cover of night, while another circles overhead, ostensibly to transfer terrorist units from Syria to Iraq. The footage, which has yet to be authenticated, was said to have been filmed by the militia’s remote thermal cameras. The date the footage was filmed is not known. It’s also not clear at this stage whether SANA’s report and the video footage are related.

Syria and its allies have repeatedly accused Washington of arming and training former Daesh (ISIS)* and al-Qaeda* terrorists as part of a bid to build a new army to destabilize the Arab Republic or try to depose the Assad government. US officials have vigorously denied such claims.

In October 2019, after Turkey began an abortive invasion of northern Syria, President Trump announced the redeployment of US forces still in Syria from the border with Turkey to oil and gas fields in the country’s northeast to prevent them from falling into the hands of the Syrian government. In the months since, tensions between local Arabs, Kurds, the Syrian military and US occupation forces have continued to escalate, with local village residents repeatedly confronting and intercepting US convoys attempting to make good on President Trump’s instructions to “keep the oil.”