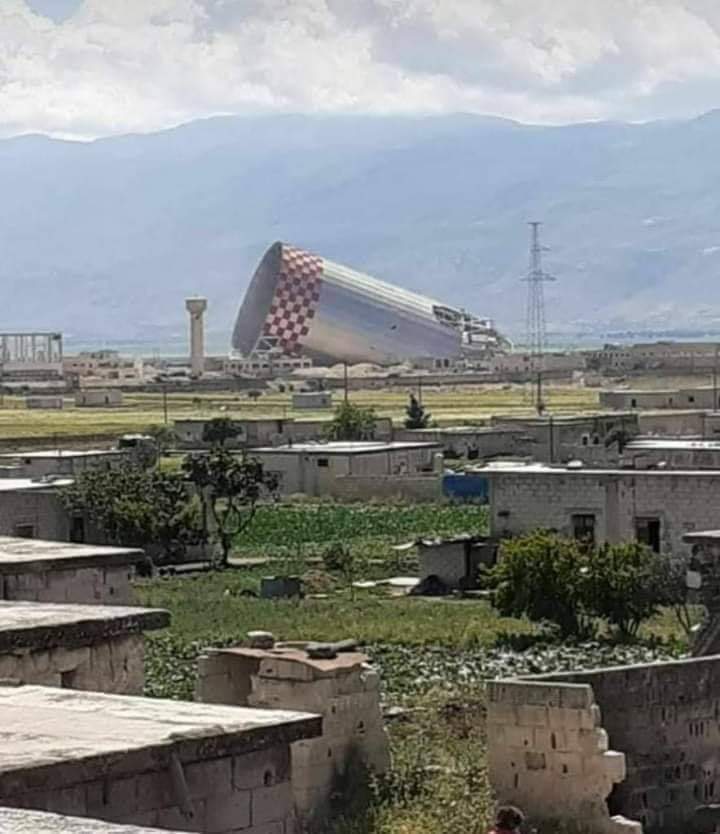 On Wednesday, the foreign jihadists in northwestern Syria dismantled and looted the Zayzoun Thermal Station.

According to a field source, the jihadists of the Turkestan Islamic Party (TIP) had brought engineering machinery and equipment this morning to the town of Zayzoun in the northwestern countryside of Hama, and began to dismantle the rest of the thermal power station to generate electricity.

The source added that the dismantling process comes after the decline in the funding of the TIP militants in the region who sought to steal electrical transformers and agricultural crops for civilians, and sold them to traders who left in order to cover their expenses.

The Zeyzoun thermal plant was stolen in stages, the last of which was this morning, by dismantling and selling the plant’s coolant.

The Zayzoun Station company is located within the so-called “Turkestan Islamic Party Emirate” that was allocated to the foreign militants who came to Syria in 2012, with the aim of participating in the conflict, which extends geographically in the rural areas of the city of Jisr Al-Shughour in Idlib.

Syria inaugurated the Zayzoun plant in June 1998, and it was considered one of the largest power plants in Syria, feeding large areas of the governorates of Hama, Idlib, Latakia and Tartous.

The station consists of three gas generating sets with full accessories, each with a capacity of 128 megawatts, and these turbines are powered by liquid fuel (fuel) in addition to gas.

In June 2015, the Zayzoun station came under the control of Jaysh Al-Fateh and was quickly used by the jihadists to generate money via looting.