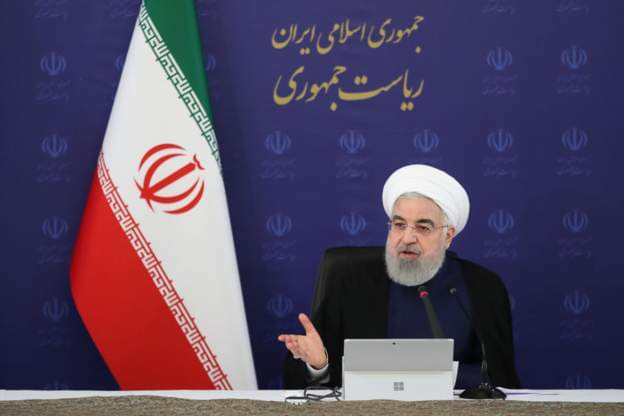 Iran will take decisive action if the United States chooses to unilaterally extend a UN arms embargo which is set to expire, President Hassan Rouhani has vowed, saying his country’s position is non-negotiable.

The United Nations will lift a ban on Iranian trade of conventional weapons in October, but the US has signaled that it wants to extend the provision. Dropping the embargo was a condition set out in the 2015 Joint Comprehensive Plan of Action (JCPOA), commonly referred to as the Iran nuclear deal.

Rouhani said on Wednesday that Iran will not accept a violation of the agreement “under any circumstances.” He also announced that he had informed the remaining signatories of the agreement – Russia, China, France, Britain, and Germany – that Iran would respond if the embargo is extended.

They also know that if they ever make such a mistake, what dire consequences it will have for them, and that it will be a big defeat for them.

The Iranian leader argued that the United States should have no say in the matter, since it chose in May 2018 to unilaterally withdraw from the accord.

Washington has claimed it is still a “participant state” in the JCPOA. Special Representative for Iran Brian Hook told reporters last week the United States is “operating under the assumption that we will be able to renew the arms embargo.”

Iran hasn’t disclosed details about what it would do if the measures were extended. On Monday, Foreign Ministry spokesman Abbas Mousavi said Iran would prepare a “decisive response” if Washington took such unilateral action.