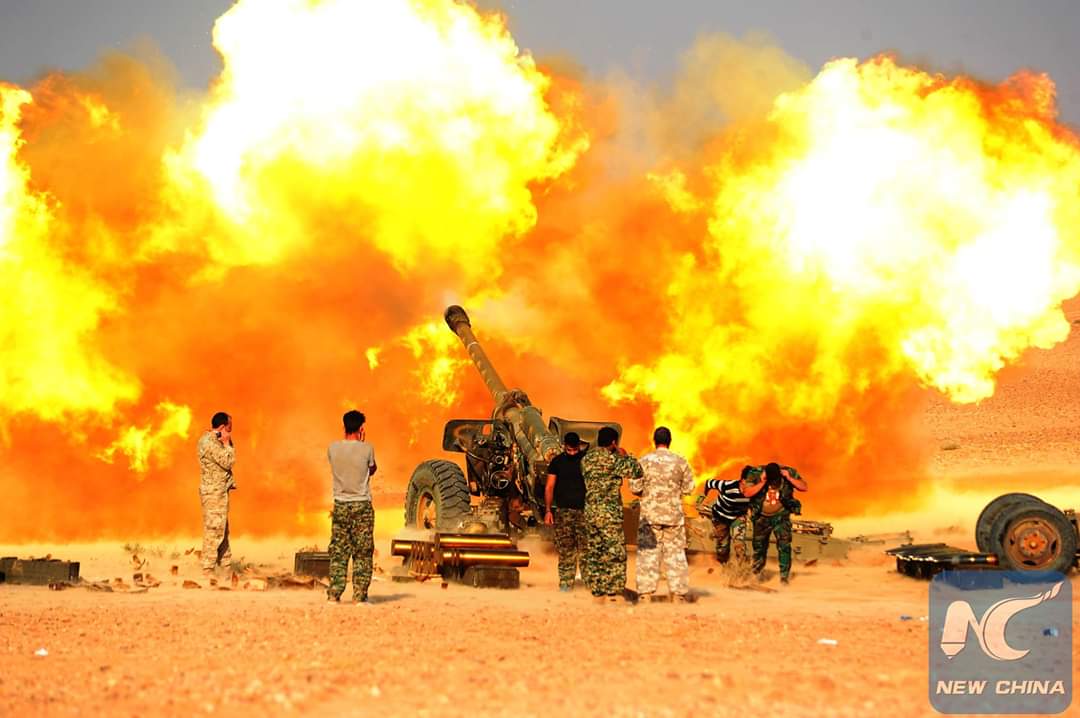 A new video has been released showing the destruction of two Turkish-supplied bulldozers in the eastern countryside of the Idlib Governorate.

The bulldozers, which were likely operated by the Turkish-backed militants, are used to dig trenches along the front-lines with the Syrian Arab Army (SAA).

In the video shared on social media and YouTube, the viewer can see the bulldozers inflamed after the Syrian Arab Army destroyed the equipment near the city of Saraqib in eastern Idlib.

The Syrian Arab Army has become increasingly aggressive in the Idlib Governorate, as they have warned the militant forces that they will be targeted if they continue to violate the March 5th Moscow Agreement, which stipulates that they withdraw six kilometres north of the M-4 Highway (Aleppo-Latakia Highway).

The militant forces, especially the jihadists, have refused to adhere to this part of the agreement.

Instead of adhering to the March 5th agreement, the jihadist groups like Hay’at Tahrir Al-Sham (HTS) and the Turkestan Islamic Party (TIP) have moved reinforcements to the front-lines in eastern and southern Idlib.