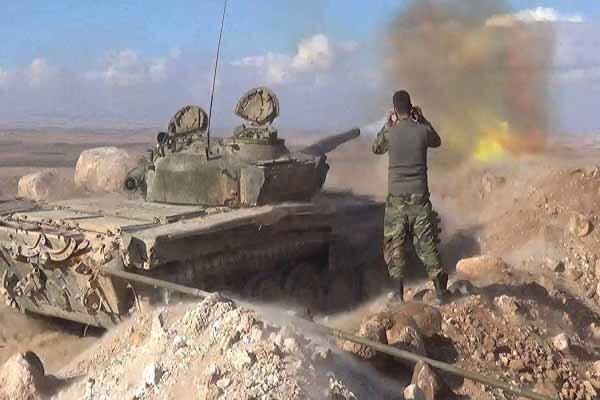 The Syrian Arab Army (SAA) moved several units to the Idlib Governorate on Wednesday, as they resume their troop buildup along the front-lines in Jabal Al-Zawiya and Saraqib.

According to a field source near the front-lines, the Syrian Arab Army, along with the National Defense Forces (NDF), sent reinforcements to Saraqib and Kafr Nabl on Wednesday.

The reinforcements reportedly traveled to Idlib from neighboring governorates, bringing with them armored vehicles and heavy weapons to fight the jihadist rebels and Turkish-backed forces.

The source said the Syrian Army’s offensive in Idlib is back on after the jihadist rebels and Turkish-backed forces refused to withdraw from the territories south of the M-4 Highway (Aleppo-Latakia Highway).

Per the March 5th Moscow Agreement, all militant groups are supposed to withdraw six kilometres north of the M-4 Highway; they have refused to do so.

Since the militants refused to leave the area, the Syrian Arab Army has intensified their attacks in southern and eastern Idlib, with hourly strikes along the front-lines.