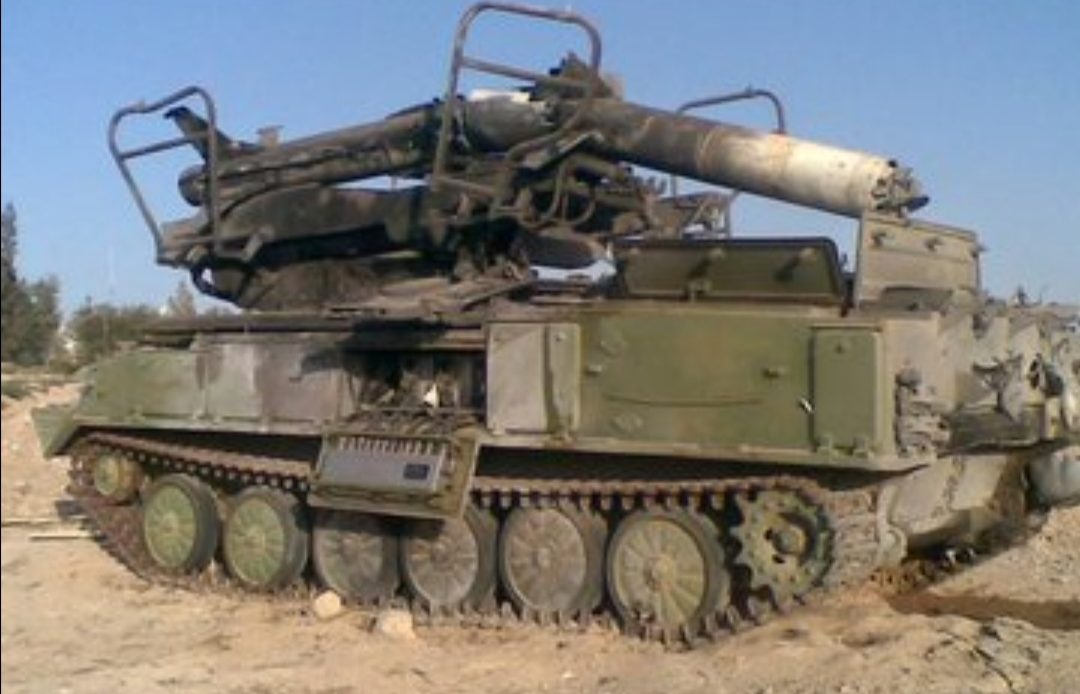 On May 5, supporters of the Libyan Government of National Accord (GNA) claimed that Turkish unmanned combat aerial vehicles (UCAV) had destroyed a 2K12 Kub [SA-6] air-defense system of the Libyan National Army (LNA).

The system was allegedly destroyed in the course of the GNA’s recent attack on the al-Watiya Air Base, that is located to the southwest of the capita, Tripoli. The attack was repelled by the LNA.

GNA supporters shared imaged showing two completely destroyed 2P25 transporter erector launchers (TELs) as well as a damaged SURN 1S91 target accusation radar of the 2K12 system. The photos, which were allegedly taken in al-Watiya Air Base, are yet to be verified.

The LNA’s Air Defense Force operates at least one 2K12 Kub system. No systems of this type, active or inactive, were spotted in al-Watiya’s Air Base before.

What makes these claims even more questionable is that official GNA sources didn’t announce the destruction of any air-defense system of the LNA during the attack on al-Watiya Air Base.

Regardless if these claims are correct or not, Turkish UCAVs intensified their operations in Libya recently. Few drones were shot down by the LNA. However, there is no doubt that Libya’s airspace is still out of the army’s control.