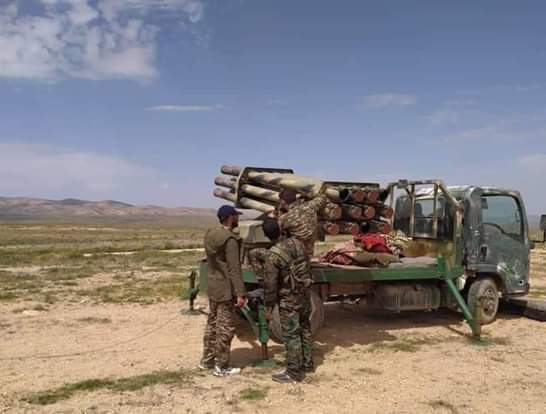 The Houthis announced on May 9 that the Yemeni Air Defense Force had targeted an aerial formation of the Saudi-led coalition over the northern province of al-Jawf.

A spokesman for the Yemeni group, said the formation, that consisted of several warplanes, was targeted with a “Fatir-1” air-defense system.

“The aggressor’s warplanes were confronted with Fatir-1 missiles, which forced them to retreat while they were attempting to carry out hostile acts in the province of al-Jawf,” the spokesman, Brig. Gen. Yahya Sari, said.

The Fatir-1 system, which was first revealed by the Houthis in August of 2019, is a locally-upgraded Soviet-made SA-6 “Gainful.” The system has an effective range of 22 km.

The system was successfully used to shot down many combat drones of the Saudi-led coalition and the U.S. over the last year. Recently, the Houthis began using the system against fighter jets.

The Houthis growing air-defense capabilities are starting to pose a serious threat to the Saudi-led coalition air power. Earlier this year, the Yemeni group made a major achievement when it shot down a Torido IDS combat aircraft over al-Jawf with an anti-aircraft missile.