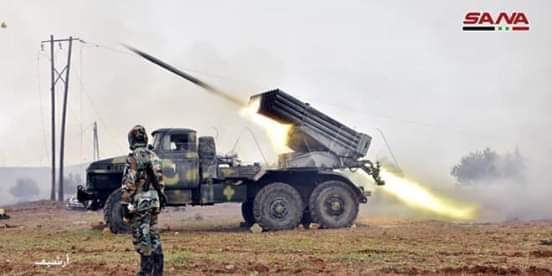 The Syrian Arab Army (SAA) began a military operation in the Daraa Governorate on Friday that targets two towns where several militants are holed up and refusing to surrender.

Led by Division 15 (special forces), the Syrian Arab Army kicked off their operation on Friday by storming the town of Mazrib in an effort to arrest the militants that killed nine soldiers earlier this week.

According to the latest field report from the Daraa Governorate, the Syrian Army’s operation has resulted in the death of more than ten militants and the arrest of a few others.

The report said the Syrian Army is still trying to force the remaining militants in Mazrib to surrender to their forces, especially the ones responsible for kidnapping and executing nine soldiers.

It would add that the Syrian military is likely going to continue their operation on Saturday, as they look to conclude this major operation inside the Daraa Governorate.

Friday’s operation was launched in response to the refusal of the militant groups to hand over their weapons to the Syrian Army and accept a transfer to the Idlib Governorate.

The militants informed the Russian military, who was negotiating on behalf of the SAA, that they would rather fight than accept the terms; this, in turn, led to the operation on Friday