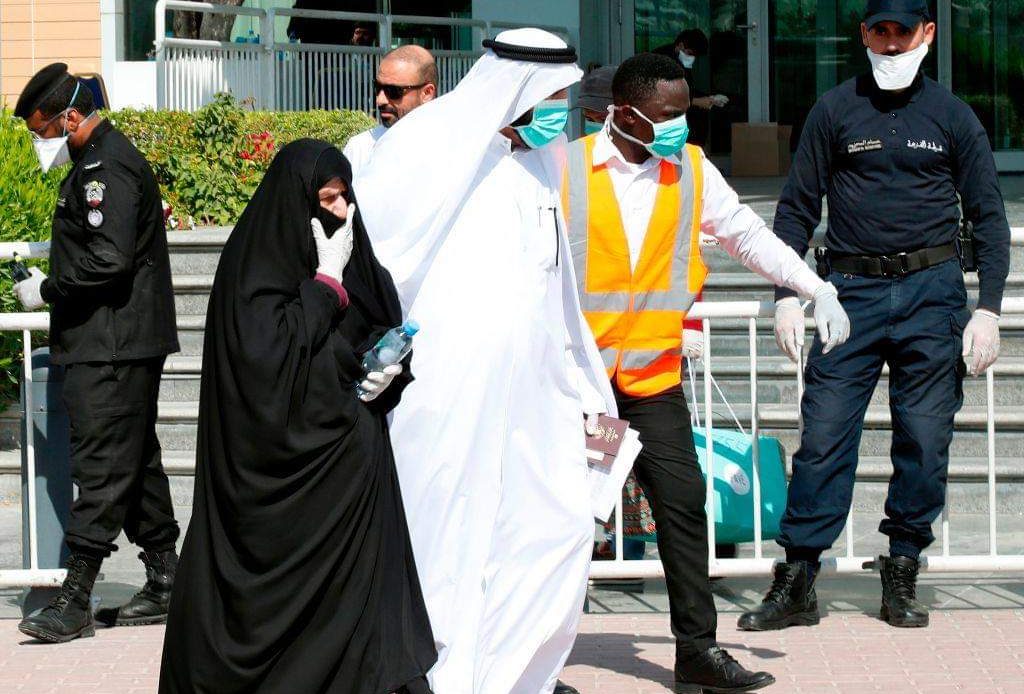 The total number of the novel coronavirus cases within the six Persian Gulf Cooperation Council (GCC) countries has passed the 100,000 mark, with 557 deaths, according to a Reuters tally.

The kingdom, which has the highest count at 41,014 infections and 255 deaths, has already halted international flights, suspended the year-round ‘Umrah’ pilgrimage, closed most public places, and heavily restricted internal movement.

The daily number of new cases in Saudi Arabia first crossed the 1,000 threshold on April 18.

Saudi Health Minister warned in early April of a huge spike in the cases of up to 200,000 within weeks.

According to an April report by the New York Times, 150 royals had caught the virus.

The paper cited doctors at the King Faisal Hospital, where members of the royal family are treated, as saying that they were preparing as many as 500 beds for an expected surge in numbers of coronovirus patients from the ruling Al Saud family.

Elsewhere in the region, Qatar overtook the United Arab Emirates (UAE) as having the second highest infection count among the six states on May 5.

Despite measures being taken to contain the spread of the coronavirus, such as suspending passenger flights, closing most public venues, and imposing curfews, the number of coronavirus cases in the Arab states has been rising.

The overcrowded labor camps in the region, often unsanitary and populated with mostly Asian workers, are believed to be hotspots of the new coronavirus.

The new coronavirus, which causes a respiratory disease known as COVID-19, emerged in the city of Wuhan in December last year, incrementally affecting the rest of the world.

The virus has so far infected 4,225,018 people worldwide, and over 285,152 have died, according to a running count by worldometers.info.

Russia’s coronavirus cases overtook Italian and British infections on Monday to become the third highest in the world after a record daily rise hours before President Vladimir Putin was due to review the country’s lockdown regime.

The official tally surged to 221,344, meaning Russia now has more registered cases than Italy or Britain and only trails Spain and the United States, as the number of new cases of the novel coronavirus jumped by 11,656 in the past 24 hours.

More than half of all cases and deaths are in Moscow, the epicenter of Russia’s outbreak. On Monday, it reported an overnight increase of 6,169 new cases, bringing its official total to 115,909.

Russian officials attribute the rising and large number of cases to a massive testing program which they say has seen over 5.6 million tests conducted.

Putin is due to hold a meeting later on Monday, a public holiday in Russia, to decide whether to modify the country’s lockdown regime which entered into force at the end of March.

Men in the lowest-skilled jobs had the highest rate of death involving COVID-19 among working-age people in England and Wales, according to data on Monday which also showed deaths among nurses and doctors was no higher than the average.

The data was published after Prime Minister Boris Johnson said on Sunday that manufacturing and construction workers should be encouraged to go back to their jobs, drawing concern from trade union groups.

Men in the lowest-skilled jobs suffered 21.4 COVID-related deaths per 100,000 males in the period up to April 20, more than double the average for working age males of just under 10 deaths per 100,000, the Office for National Statistics said.

Male and female care workers and home carers – some of whom have raised concerns publicly about a lack of protective equipment – had significantly raised rates of 23.4 and 9.6 COVID-related deaths per 100,000 respectively, the data showed.

But healthcare workers, including doctors and nurses, were not found to have higher rates of COVID-related deaths than people of the same age and sex in the general population.

The ONS said its data did not prove that higher death involving COVID-19 were necessarily caused by differences in exposure to the virus through work.

It adjusted its data for age, but not for other factors such as ethnic group and place of residence.

Last week, the ONS said black people and men of Bangladeshi and Pakistani origin were nearly twice as likely to die from the COVID-19 disease than whites, even when adjusting data for deprivation.