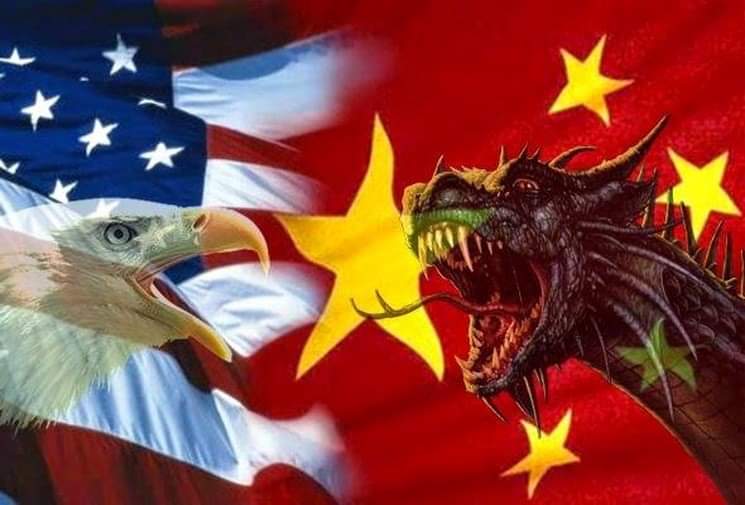 Washington may default on its debt obligations to China, as a form of “punishment” for the COVID-19 pandemic.

In response, according to media reports, China – the second largest holder of US government debt – plans to throw a substantial amount of treasury bonds onto the market.

If this indeed happens, economists are confident that this will inflict a crushing blow to the entire US securities market and the dollar.

At the end of March, Senators Marsha Blackburn and Lindsay Graham demanded that Beijing be punished “for concealing information about the Wuhan outbreak that triggered a global health crisis.”

In their opinion, a portion of the US debt held in reserves of the Chinese Central Bank should be written off. To put it simply – this means defaulting on US securities.

“This is the third pandemic to come from China. They come from these wet markets where they have bats and monkeys with the virus, carrying the virus intermingled with the food supply. Yeah, I’d make China pay big time,” Graham said.

A bill was submitted to US Congress on the need for an international investigation into Beijing’s actions during the outbreak of coronavirus and the creation of a “compensation mechanism.”

However, as the Chinese media warned, Beijing will not be indebted.

The second largest foreign lender in the United States is ready to begin selling its bonds.

According to Hong Kong’s outlet, the South China Morning Post, perhaps this will happen in the coming months, depending on how the situation with compensation claims develops.

“White House officials have debated several measures to offset the cost of the coronavirus outbreak, including cancelling some or all of the nearly US$1.1 trillion debt that the United States government owes China.”

And this could be devastating for the US, when the US Treasury announced that it planned to borrow $3 trillion more in order to cope with the COVID-19 fallout.

“Debt cancellation is such a crazy idea that whoever offers it, whoever he is, should seriously think about his professional suitability,” said Cliff Tan, head of MUFG’s East Asia Global Market Analysis Department.

Therefore, experts are inclined to consider this a political ploy as part of the election campaign to re-elect Trump. Such a step “will completely destroy the source of financing the US budget deficit.”

As a result, the yield on treasuries will increase sharply, which will increase the cost of financing for both the US government and American companies and consumers. And this will happen at the time of the extreme weakness of the American economy, which has already promised the largest quarterly drop in history – up to 50% of GDP.

And Beijing has, more than once, said that US treasuries are risky, and that it would prefer reducing dollar reserves in favor for those in Japanese or South Korean currency.

Theoretically, Beijing can undertake a massive sale. And this will be a disaster: the value of the treasuries will collapse, panic will occur in the stock market, the dollar will collapse.

However, Chinese exports will rise in price due to the weakening of the US currency. In addition, the dumping of US treasury bonds will seriously limit the ability to manage the renminbi.

“China is capable of provoking the collapse of the dollar and financial markets by flooding them with American treasury bonds. Treasuries will depreciate and their profitability will increase sharply. A global financial catastrophe will also hit China,” says Iris Peng, chief economist on China at ING.

Meanwhile, the oil market is seeing oil prices fall, as there are fears of a second wave of COVID-19.

The economic situation is bleak, with the first quarter of 2020 being bad for both Europe and the US, and the second quarter looking even worse.

The US economy contracted at an annualized rate of 4.8% in the first quarter, the sharpest decline since the global financial crisis more than a decade ago. The degree of decline for the entire quarter masks what happened at the end of the quarter. It is likely that the economy grew at a healthy rate in January, perhaps less so in February due to the impact of the disruption of Chinese supply chains, and then contracted sharply in March—but mostly in the second half of March. The latest report indicates that real GDP fell 9.0 percent from February to March.

Both exports and imports declined in the first quarter. However, there was an especially sharp 21.5% decline in exports of services. This reflects a decline in tourist revenue from overseas travelers involving air travel and hotels. Exports of goods fell only modestly. Imports of services fell at a rate of 29.8%, in part indicating that Americans were not traveling to other countries.

The European Union (EU) reported record-breaking Q1 GDP numbers. For the EU overall, real GDP fell 3.5% from the previous quarter, or at an annualized rate of 13.3 percent. In the 19-member Eurozone, real GDP fell 3.8%, or at an annualized rate of 14.4%. Thus, Europe’s economy shrank three times as fast as that of the United States (which was down 4.8% annualized in Q1), reflecting an earlier effort to suppress social interaction to stifle the spread of the virus.