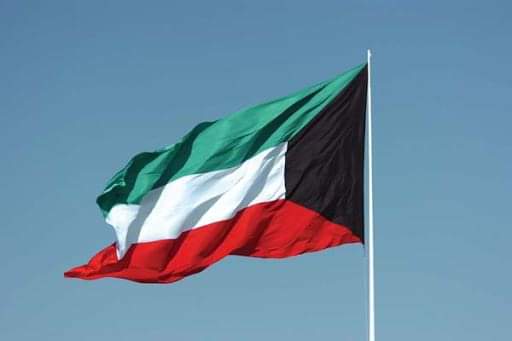 Saudi Arabia signalled Monday that it would further reduce crude output by another 1 million barrels per day next month, while the United Arab Emirates (UAE) and Kuwait vowed to additionally slash oil production by 100,000 bpd and 80,000 bpd in June, respectively.

“The Kingdom of Saudi Arabia’s initiatives aim at urging the countries participating in the OPEC+ agreement and other producing countries to adhere to the cut rates and to provide more reduction in production in order to contribute to restoring the desired balance of the global oil markets”, the country’s official press agency reported on Wednesday,

Meanwhile, oil prices rose on Tuesday driven by the news that the members of OPEC+ are mulling over extending the cuts.

Could Further Oil Output Cuts Save the Day?

The Gulf monarchies’ initiative has had a positive impact on the oil market and should be an example for other exporting countries, deems Saudi oil expert Muhammad Surur al-Sabban.

“The oil market is still fragile, demand is very weak – therefore, it is necessary to continue stabilising the oil market through joint efforts”, he says.

Al-Sabban emphasises the role of Riyadh in spearheading the initiative: “It was the Kingdom of Saudi Arabia (KSA) who started to talk about the additional cuts, while the Emirates and Kuwait supported this initiative”.

“The KSA has once again proved its leading position in the market, and this places even more responsibility on [it] for the process of market stabilisation”, he notes. “Riyadh is making every effort to cope with this [task]. As soon as demand begins to grow, the crisis will begin to go away”.

Al-Sabban’s optimistic vision is echoed by Sergey Pikin, the director of the Energy Development Fund, Russia.

“Rising oil prices are a clear market reaction to this [development]”, Pikin agrees. “Oil producers have done a lot, almost everything possible, to stabilise prices in the crude market. This is an extremely positive sign for the market. Countries are slowly lifting restriction. Therefore, there is hope that economic activity will gradually recover – and, therefore, oil consumption will increase as well as its prices. The oil market is clearly set to grow in price”.

Still, he doesn’t expect that all crude producers will follow the Gulf countries’ suit: “The countries-signatories to the new OPEC+ agreement are facing an uneasy task to fulfil their quotas”.

On the other hand, some countries are forced to reduce crude output regardless of the agreement: “Shale oil production in the United States has fallen more than a million barrels per day due to economic unprofitability”, Pikin points out. “Norway has also unexpectedly announced a decline in oil production”.

The situation remains controversial and additional cuts are unlikely to significantly influence fluctuating crude prices, argues Yuri Rykov, head of the Energy Department of the Institute for Energy and Finance.

“On the one hand, we are at the peak of a decline in oil demand, which is likely to gradually recover”, Rykov observes. “But, on the other hand, further reductions will not be able to dramatically affect the development of the situation. Oil storage facilities are almost full. Most importantly, even refineries have almost filled up their storage facilities, and now the actual demand for oil cannot be quickly restored. Therefore, such a precarious situation will continue for some time”.

Additionally, the expert doubts that the Gulf monarchies’ decision to lower crude production was caused by an intent to regulate oil prices: “In general, I believe that the Gulf countries have decided to reduce production simply because their oil storage tanks are full and they essentially have nowhere to go. This scenario cannot be ruled out”.

Oil prices saw a tremendous slump in early March caused by the coronavirus-related recession and Saudi Arabia’s move to dump crude prices and step up production. After the dramatic decline Russia, Saudi Arabia, and the US struck an agreement with the world’s crude producers to slash output by 9.7 million bpd, i.e. roughly 10% of global output, in May and June 2020.