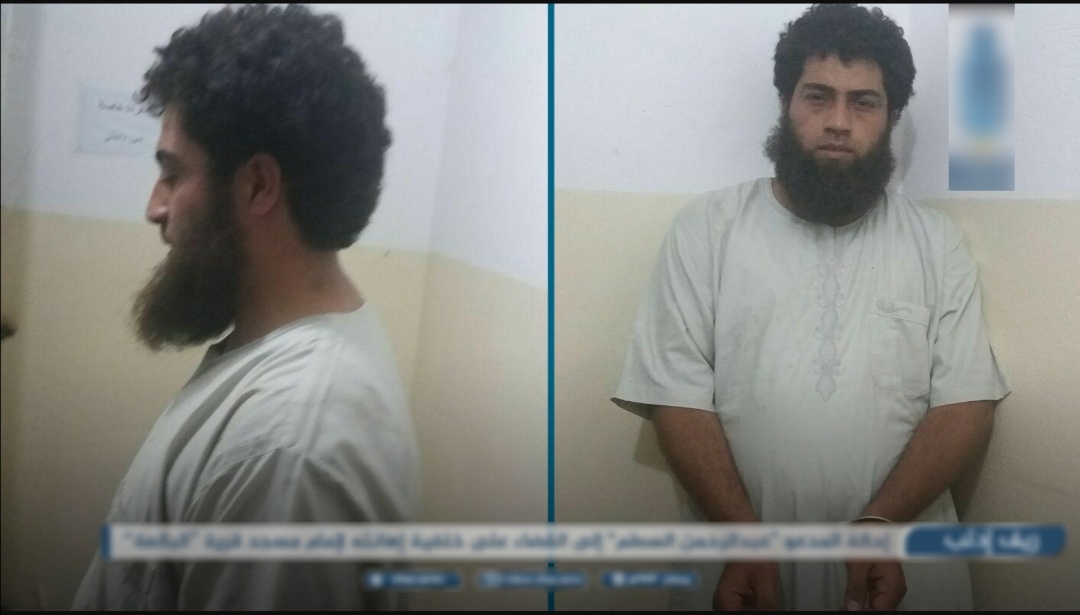 In a new incident revealing the real face of Idlib ‘moderate rebels’, a former fighter of Hayat Tahrir al-Sham assaulted on May 15 a local religious scholar.

The militant, Abdulrahman al-Satim, and his relatives stormed the house of Ghazwan al-Samak, the imam of the al-Bala’ah mosque in western Idlib. The imam was reportedly beaten and humiliated by al-Satim. Photos showing the imam under the feet of the militant were shared by opposition activists on social media.

Activists familiar with the incident said al-Satim, who is infamous for his radical views, attacked al-Samak because he violated a very minor rule related to the Adhan, the Islamic call to prayer.

The incident led to a backlash against Hayat Tahrir al-Sham as al-Satime, known as “Abu Baker,” is an ex-security officer of the terrorist group.

In an attempt to whitewash its image, Hayat Tahrir al-Sham arrested al-Satime on May 16. The terrorist group distanced itself from the militant by claiming that he was fired more than a year ago for ill practices.

The move of Hayat Tahrir al-Sham didn’t play out as the group expected. Opposition sources revealed that the assault on al-Samak was not random. The imam is reportedly known for being an opponent of the group, and a big supporter of Turkey and its militants. This was apparently the main reason behind the incident.

The assault on al-Samak came at time when many Western “experts” are working to whitewash Hayat Tahrir al-Sham. Some are even claiming that the al-Qaeda-affiliated group is becoming less radical and calling to keep Greater Idlib under its control.