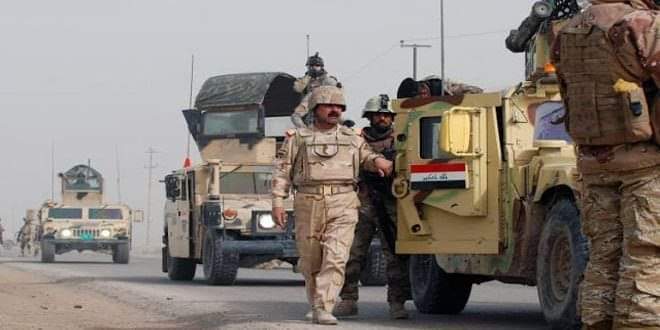 Iraqi army troops and police forces of Diyala province have launched a joint counterterrorism operation in the eastern parts of the country.

In a statement, carried by the Arabic-language al-Masdar news agency, security forces said on Saturday that they had commenced “part of the Diyala Operations Command represented by the 5th Infantry Division of the Iraqi Army and the Diyala Police Directorate are conducting raids in southern Bahriz.”

Bahriz is a town in the eastern province of Diyala located about ten kilometers south of Baqubah, the provincial capital, and 40 kilometers north of the Iraqi capital, Baghdad.

The statement added that the goal of the operation is to implement “orders to arrest the wanted and prosecute the remnants” of the Daesh Takfiri terrorist group, “as well as strengthening security and stability there.”

It further said the details of the operation would be announced later.

Earlier in the day, Iraq’s pro-government Popular Mobilization Units (PMU), known in Arabic as Hashd al-Sha’abi, also announced that four members of the 23rd Brigade had been killed when repelling an attack by Daesh terrorist in the same province.

Separately on Saturday, Burhan al-Maamouri, a legislator representing the province, warned about the imminent danger in Diyala, after Daesh escalated its attacks inside the volatile province.

The terror group has already lost all of the urban strongholds it once held in the Arab country, thanks to continued anti-terror operations by the Iraqi army and its allied fighters from Hashd al Sha’abi. However, the Daesh remnants every so often attack civilians and soldiers alike.