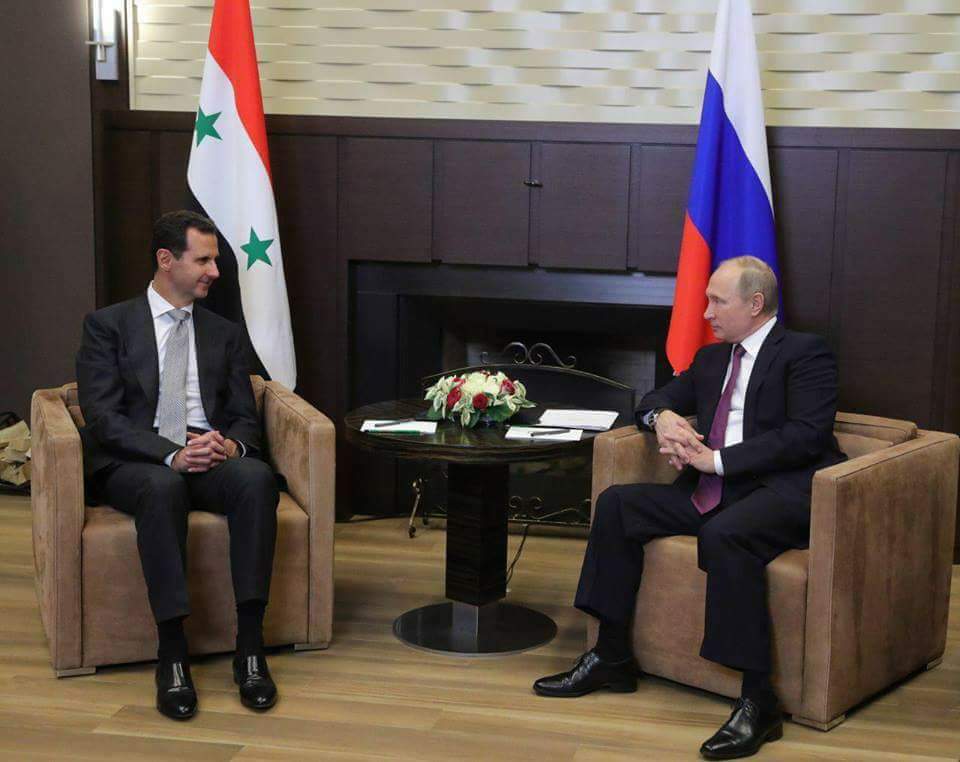 The Russian Ambassador to Iran, Levan Dzhagaryan, sat down for an interview with the Mehr News Agency on Saturday to discuss a number of topics, including Syria and the rumors about Iran, Russia, and Turkey agreeing to remove Syrian President Bashar Al-Assad from power.

When asked directly about the claims that Iran, Russia, and Turkey agreed to remove the Syrian President, Dzhagaryan responded:

The Iranian publication then asked ‘why’ these rumors are being circulated, he responded that “of course, these kinds of rumors have been circulated by hostile countries that are against the successful activity of Astana format. These countries are against international law and want to remove a legitimate regime by force, not as a result of an election. If any government doesn’t suit the US and its ally, so they impose sanctions and try to remove it illegally.”

In regards to the rumors that Russian President Vladimir Putin is dissatisfied with his Syrian counterpart and considers him an ungrateful person, the Russian ambassador replied that no Russian official has said this, pointing out that these claims are being circulated by non-officials.

Nobody from political officials has said it. Maybe, some people who are not official said these rumors. Of course, we have a free country, and freedom of speech is highly respected in Russia as well as in other democratic countries. Those people who don’t have official positions, they can express their personal point of view. But as I mentioned it, only official representatives of the Russian government, presidential administration, and the foreign minister of the Russian Federation can express the official political position of Russia.”

He would add: “once again, I would like to say we have very good relations with Bashar al-Assad and his legitimate government and we will continue our cooperation.”

Palestinian Resistance Factions to Al-Quds Residents: We Won’t Let You Down

Washington Urges Tunisia to Return to its ‘Democratic Path’