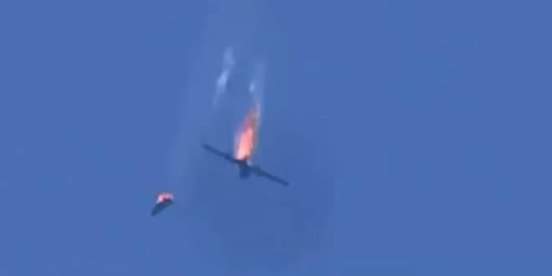 sources in the Libyan National Army (LNA) claimed that a Turkish unmanned combat aerial vehicle (UCAV) was shot down near the al-Wati’ah Air Base in the country’s western part. The sources released footage of the UCAV wreckage burning in a desert area near the air base.

Observers identified the UCAV as a Chinese-made Wing Loong II, a type that’s known to be used by the UAE Air Force (UAEAF) and not Turkey.

The UAEAF operates Wing Loong II UCAVs from air bases in eastern and central Libya to support the LNA against the Turkish-backed Government of National Accord (GNA).

GNA supporters claimed that the LNA shot down the UCAV by mistake. However, the LNA made no official statement claiming to shot down any drone. The UCAV may have been shot down by Turkish forces, or crashed as a result of a technical failure.

Last month, a Wing Loong II UCAV of the UAEAF crashed in al-Wishka in centeral Libya. Back then, LNA sources also claimed that a Turkish drone was shot down.

Taehe increasing activities of Turkish and UAE drones in Libya are not only heating up the battles between the GNA and the LNA, but also creating a state of confusion among the supporters of the both sides.