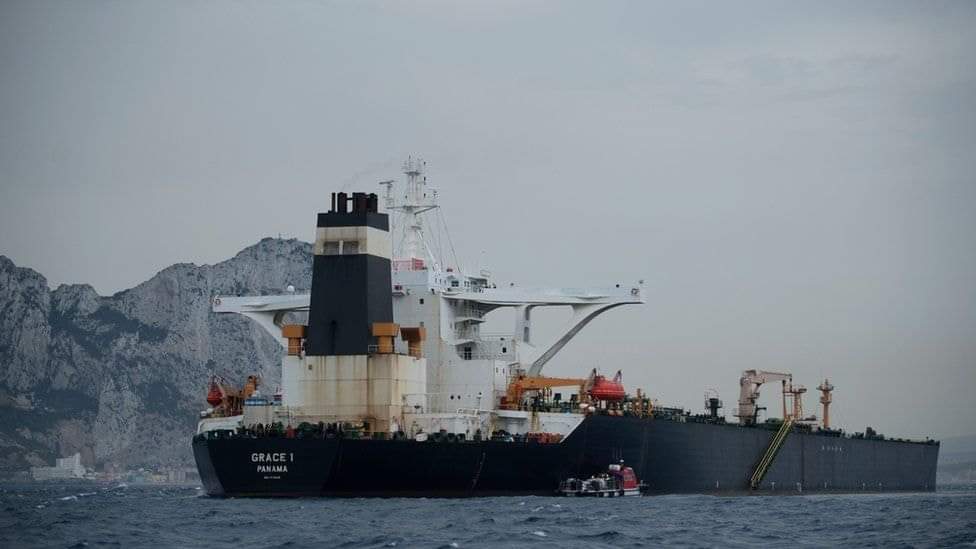 A group of five Iranian tankers was previously spotted sailing through the Mediterranean Sea into the Atlantic Ocean and is believed to be heading towards Venezuela. Media reports have suggested that Tehran could be helping Caracas overcome its domestic fuel crisis, which has partially been caused by American sanctions.

Tehran has summoned the Swiss ambassador to the country, representing Washington’s interests, to lodge a protest against the alleged plans of the US Navy to intercept its tankers that are on their way towards Venezuela with a cargo of fuel. Earlier, the possibility of such a move by Washington was reported by Reuters, but has not been officially confirmed by either the White House or the Pentagon.

Deputy Foreign Minister Seyed Abbas Araghchi, in his conversation with the summoned Swiss envoy, stressed that the trade relations between Venezuela and Iran are absolutely legal. He added that the US attempts to use bullying to prevent international trade is a gross violation of basic human rights and a clear “act of piracy”.

In addition to it, Iran’s Foreign Minister Javad Zarif cautioned the US against intercepting or pursuing Iranian tankers in a letter sent to UN Secretary General Antonio Guterres. Zarif called alleged plans to intercept the Iranian tankers “illegal, dangerous and provocative” acts, which look very much like an act of piracy.

“Zarif also reminded that the US government will be held accountable for any kind of illegal actions, stressing that Iran has the right to take the necessary steps to counter [US] threats”, the statement by the Iranian Foreign Ministry said.

The first reports of five Iranian tankers, the Fortune, Petunia, Forest, Faxon, and Clavel, crossing the Mediterranean Sea into the Atlantic Ocean surfaced on 15 May, with the online media outlet Al-Masdar News suggesting that they were sailing towards Venezuela, without revealing the source of the information. Maritime monitoring services gave no indication that the ships were moving towards the Latin American country.

Soon after, Reuters published a report, citing an anonymous American official, claiming that the White House was considering taking action against the ships and the two countries. The report also claimed that Washington believes that Iran would be paid for the fuel it is allegedly delivering in gold from Venezuela’s reserves.

Venezuela has one of the largest proven oil reserves in the world, but its crude is heavy and requires a considerable level of technology to be refined. Caracas has had trouble maintaining its refineries since the US introduced sanctions, primarily against its oil industry, thereby cutting it off many equipment manufacturers. The American sanctions have not only exacerbated the economic crisis in the country, but have also resulted in fuel shortages.