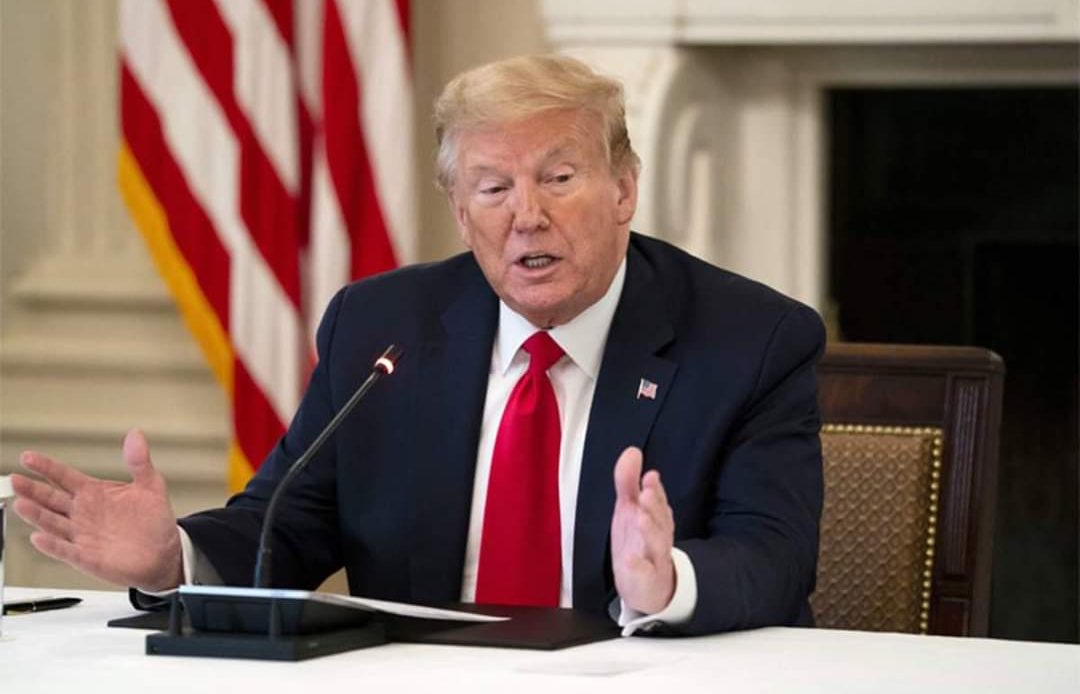 Biden and Obama knew about the FBI seeking to investigate the incoming National Security adviser, and the former submitted a formal “unmasking” request for all intelligence agency information held on Flynn.

Speaking to Fox Business, he dubbed the targeting of his former national security adviser “the greatest political crime in the history of our country”.

“If I were a Democrat instead of a Republican, I think everybody would have been in jail a long time ago, and I’m talking with 50 year sentences. It’s a disgrace what’s happened this is the greatest political scam, hoax in the history of our country. And people should be going to jail for this stuff and hopefully, a lot of people are going to have to pay,” the President fulminated

Trump went on to celebrate the case against Flynn being dropped, calling him a “hero” for fighting the charges, and saying it was “all Obama…all Biden” behind the legal effort.

“These people were corrupt the whole thing was corrupt, and we caught them. I watched Biden yesterday – could barely speak, and he said he didn’t know anything about it and now, it just gets released right after he said that – it gets released he was one of the unmaskers meaning he knew everything about it. He lied to your friend George Stephanopoulos,” Trump claimed, in reference to the Democratic presidential nominee’s Fox interview a day prior.

Trump also used the interview to discuss the US federal response to coronavirus, and alleging shutting down the country in the midst of the outbreak had in itself caused deaths.

“People are dying this way too. They’re dying with this closure, with this shutdown of the country. In their house, in their apartment. Some people are too tough on it. They can’t leave their house,” he said.

Flynn’s one of few Trump associates convicted as part of US state investigations into an alleged conspiracy between the US president and Russia, which while dominating news headlines for over two years failed to establish a link of any kind between Trump and Moscow.

The Justice Department decided to drop its case against Flynn 7 May, a big victory for the President given he’d long-argued Obama’s White House had gone after Flynn in a bid to damage the incoming administration.

The end of Flynn’s three-year legal battle followed the release of FBI communications which showed the Bureau leadership discussed  whether they should “get [Flynn] to lie” or “get him fired” before interviewing him. It’s also been revealed the operation targeting Flynn found no evidence implicating the general in “colluding” with Russia and would’ve been closed if then-FBI Deputy Assistant Director Peter Strzok, later fired for anti-Trump text messages, hadn’t intervened to keep the case open.

Biden Trump USA Washington
Previous ArticleIran Lodges Protest Against Alleged US Plans to Intercept Venezuela-Bound Tankers With Swiss Envoy
Next Article US Will Be ‘Expelled From Iraq and Syria’, Iran’s Supreme Leader Says