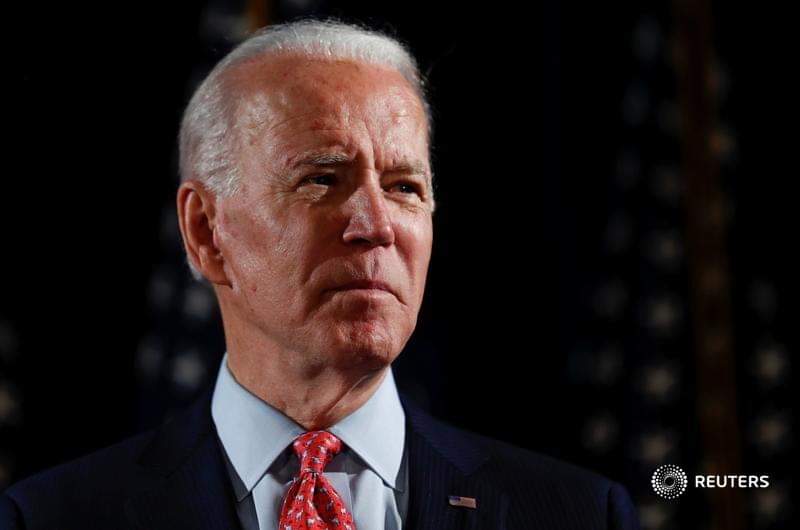 On 28 January President Donald Trump formally unveiled his plan for Middle East peace, authored by a team led by his son-in-law and senior advisor Jared Kushner, at the White House alongside Israeli Prime Minister Benjamin Netanyahu, with Palestinian authorities rejecting the proposal as flagrantly biased.

Presumptive Democratic presidential nominee Joe Biden on Tuesday offered his most vocal to date opposition to the Israel’s government’s moves to annex Jewish settlements as part of the move to claim sovereignty over the West Bank and Jordan Valley, reported The Hill citing a transcript of the former vice president’s statement.

“I do not support annexation…The fact is, I will reverse Trump’s undercutting of peace,” said Biden at a virtual fundraiser with members of the American Jewish community.

Voicing concerns that Israel’s moves could torpedo any hopes for a negotiated solution with the Palestinians, Biden said:

“Israel needs to stop the threats of annexation and stop settlement activity because it will choke off any hope of peace,” he said.

Nonetheless, Biden stopped short of using the issue of US military assistance to Tel Aviv as a means of exerting pressure on Israel to reject annexation

“I will not place conditions on security assistance given the serious threat Israelis face,” said Biden.

“They have to acknowledge flat out Israel’s right to exist. Period. As an independent Jewish state, and guarantee the borders,” he said.

In previous statements, Biden was wary of openly opposing annexation, arguing that unilateral steps of both Israel and Palestine render achieving a two-state solution even more difficult.

In January, as he unveiled his “Vision for Peace” between Israelis and Palestinians, President Donald Trump said he would allow Israel to exercise sovereignty over approximately 30 per cent of West Bank territory and the Jordan Valley, with a joint US-Israeli mapping committee subsequently working on drawing up specific boundaries of the territory outlined in its plan.

The rollout of the plan, elaborated by its chief architect, Trump’s son-in-law, Jared Kushner, had been delayed many times since he first began working on it in 2017.

“Today, Israel takes a big step towards peace,” said Trump at the launch.

According to a copy of the plan released by the White House, and cited by The Guardian in late January, the proposals offered establishment of Jerusalem as Israel’s “undivided” capital, with a potential Palestinian capital to the east and north of the city.

It presupposed recognition of a vast majority of Israeli settlements on occupied Palestinian territory as part of the Jewish state, with Palestine receiving mostly desert territory near Gaza to compensate for loss of around 30 per cent of the West Bank.

The Jordan valley – about a third of the occupied West Bank – would also be recognized as part of Israel.

The proposal suggested a form of Palestinian statehood without an army and set a spate of preconditions for the Palestinians to meet before receiving independence. Not the least of these includes “complete dismantling of Hamas”, which governs Gaza.

Touring his plan, Donald Trump said the economic aspects of the plan would result in around one million new jobs for Palestinians over the next 10 years, with investments of $50 billion in the new state.

On 17 May Israeli politicians formed a unity government under the leadership of Benjamin Netanyahu, which plans to initiate legislation to annex large parts of the West Bank starting early July.

Palestinian president Mahmoud Abbas slammed the deal as a “conspiracy” that “will not pass”.

On Tuesday, the head of the Palestinian Authority, Mahmoud Abbas, announced that Palestinians were terminating all agreements with Israel and the US amid Tel Aviv’s intention to extend its sovereignty over “the Palestinian lands”.

“The Palestine Liberation Organization and the Palestinian State today has discharged all obligations under all agreements with the governments of the United States and Israel, including those related to security”, said Abbas on the Al Jazeera TV channel.