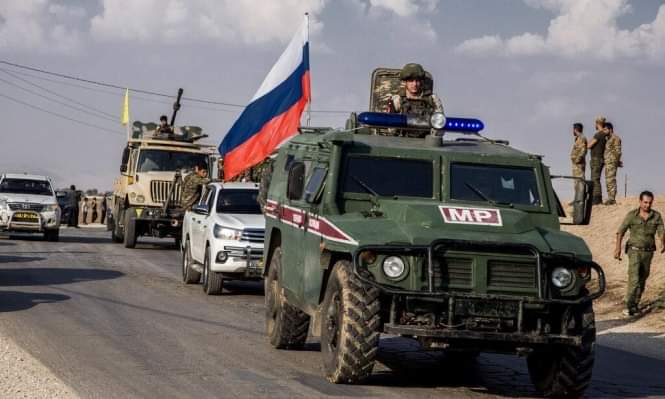 On May 20, the Russian Military Police and the Turkish military conducted a 12th joint patrol on the M4 highway in the northwestern Syrian region of Greater Idlib. The patrol covered new parts of the highway that links the cities of Lattakia and Aleppo.

In a press release, the Turkish Ministry of National Defense said the patrol was conducted with the participation of land and air elements. The ministry also shared photos of the patrol.

Enab Baladi, a pro-opposition news outlet, said the joint patrol bypassed the town of Arihah for the first time reaching the village of Kafer Shalaya west of it. As usual, the patrol started from the government-held city of Saraqib in south Idlib.

Earlier this month, Turkish forces managed to remove a protest blocking the M4 highway. Some sources reported that the removal of the protest was a part of a “tit for tat agreement” with al-Qaeda-affiliated Hay’at Tahrir al-Sham (HTS).

Previous joint patrols faced some threats, including attacks with stones and even explosives. No such incidents were reported during the new patrol.

The success of the new patrol highlights Turkish efforts to implement the March 5 agreement with Russia. Yet, more should be done to secure the stability in the region. The most important taks is to neutalize terrorist groups occupying Greater Idlib.