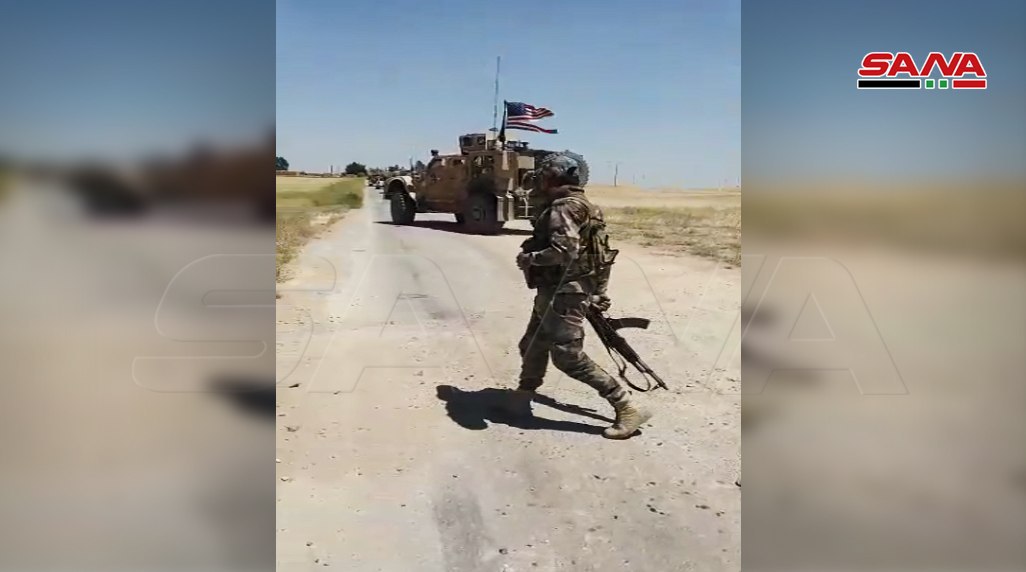 The Syrian Arab Army (SAA) intercepted a U.S. military convoy that was attempting to pass their checkpoint in the northeastern region of Syria on Wednesday.

According to a local source in the Al-Hasakah Governorate, the Syrian Arab Army intercepted the U.S. military convoy as it was attempting to bypass their checkpoint near the small village of Umm Al-Khayr.

The source said the confrontation did not last long and the U.S. military ultimately turned around to find another route to their intended destination in the Tal Tamr countryside.

As shown in the video footage above, the standoff was non-violent and did not last very long, as the U.S. forces turned around without further engaging the Syrian military.