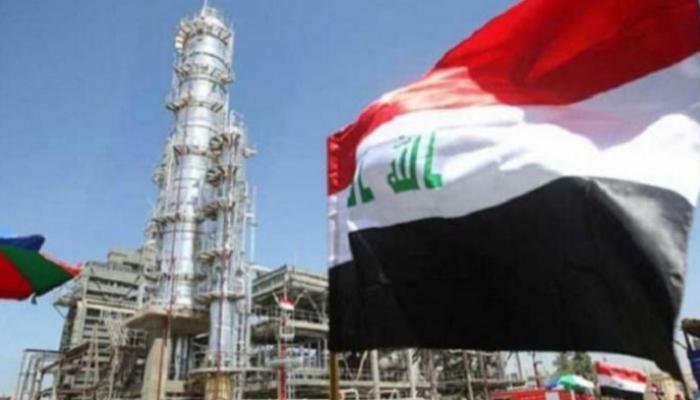 British and US troops invaded Iraq in 2003 and ousted Saddam Hussein, claiming he possessed weapons of mass destruction. Sanctions against the Iraqi oil industry were immediately dropped and dozens of Western companies rushed in to make money.

A barrister representing a British businessman accused of bribing an Iraqi oil official has told a trial in London the evidence against him included the “flimsiest of innuendos.”

Adrian Eissa QC said his client, Stephen Whiteley, 65, had not been a party to any corrupt payments made by his employer, Monaco-based Unaoil via an intermediary, Basil al-Jarah.

​Whiteley is accused, along with Ziad Akle, 45, and Paul Bond, 68, of conspiracy to give corrupt payments to Oday Al Quoraishi, an official in Iraq’s state-owned South Oil Company in return for a lucrative contract for single point moorings (SPM) equipment between 2009 and 2010.

Akle and Whiteley are also accused of bribing Al Quoraishi – who was nicknamed Ivan because of his predilection for Russian women – for an oil pipeline contract.

The Serious Fraud Office (SFO), which has brought the prosecution, claims a total of US$6 million (£4.7 million) was offered to Al Quoraishi in exchange for contracts worth a total of $800 million.

All three men deny the charges. Their trial began at Southwark Crown Court in London in January but was halted for nine weeks because of the coronavirus outbreak and has now resumed at the Old Bailey in central London.

At the start of the trial the prosecutor, Martin Brompton QC, said: “This case concerns bribery and corruption connected to the reconstruction of the Iraqi oil industry in the years following the overthrow of Saddam Hussein in 2003.”

Mr Brompton said: “By the time of Saddam’s overthrow, the infrastructure required for the successful production and distribution of crude oil and dilapidated. Plans were made by the Iraqi ministry of oil to hugely increase the country’s oil producing industry.”

Iraq sought to expand its production of oil from 1.8 million barrels per day to 4.5 million bpd and needed to build more pipelines and facilities for oil tankers.

Mr Brompton claimed Unaoil’s role was to seek to get the SPM contract for SBM Offshore, a Netherlands-based company who Paul Bond worked for, and Leighton Offshore, a Singapore firm and he claimed bribes were paid.

On Thursday, 21 May, Mr Eissa led the jury through a number of emails which were at the heart of the prosecution case.

He said one email referred to Whiteley giving Al Quoraishi a “good night out” in London in October 2009 and he said the prosecution sought to imply that because of that he must have known about the corrupt payments.

But Mr Eissa said the prosecution’s case was built on the “flimsiest of innuendos”.

Mr Eissa said his client was only on the “periphery” of the pipeline deal which had its own project manager, Peter Willimont.

Mr Eissa said that explained why Whiteley was not cc’d into numerous emails about Unaoil’s projects in Iraq and he said his client was “on the outside looking in.”

He said Whiteley had “zero motivation” to get involved in the pipeline deal and Mr Eissa pointed to several emails which made it clear that his client was “focusing on Angola”, where Unaoil was seeking to make money from that country’s oil industry.

When the SFO launched an investigation into Unaoil in 2017 Whiteley “volunteered” to be interviewed by them.

Mr Eissa, finishing his closing speech to the jury, told them: “If you have a doubt about Mr Whiteley’s guilt, hang on to it and guard it jealously because we say a proper analysis of evidence shows Stephen Whiteley is not guilty on both counts.”

When Akle gave evidence in March – before the trial was suspended because of the coronavirus outbreak – he claimed he had “sweated blood” to ensure the success of Iraq’s oil expansion project and said he feared a “stitch-up” by deputy oil minister Ahmed al-Shamaa.

Akle said he believed al-Shamaa wanted to derail SOC’s plans and take over the pipeline and SPM project for himself.

The indictments against Akle, Whiteley and Bond also named several other alleged co-conspirators who are not on trial. They include the founder of Unaoi, Ata Ahsani and his sons Cyrus and Saman, Mr Willimont, Basil al-Jarah and two of Bond’s “bosses” at SBM – Patrick Chapalain and Stephane Montbarbon.

Howard Godfrey QC, representing Bond, said his client – a former woodwork teacher – was not an “intellectual” and had been “taken for a ride” by his bosses.

He said: “Our case is that Paul Bond is a thoroughly decent, straight, honest guy who has got completely out of his depth with what was going on around him.”

Mr Godfrey said Bond worked extremely hard, staying up late at night and even making a “dangerous trip” to Basra in Iraq in an attempt to win the SPM contract and he said Bond was blissfully unaware of any corruption or bribes.

Referring to the trip to Basra, Mr Godfrey said: “Do you think he would have worked so had if he had known that thanks to the al-Jarah bribe it was a done deal? It makes no sense.”