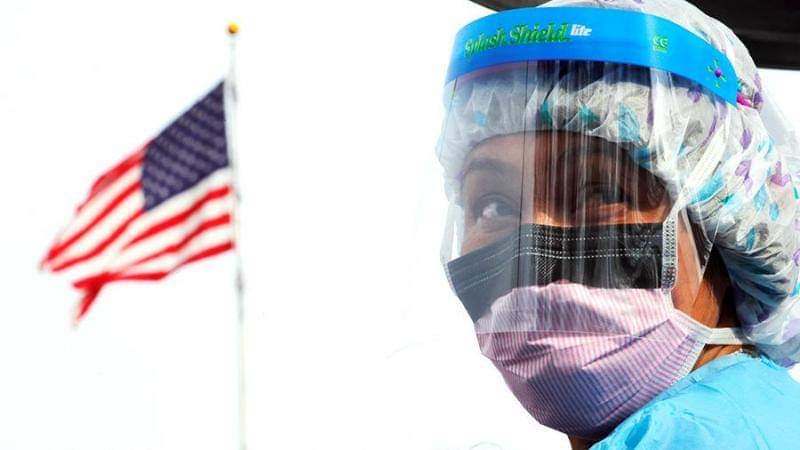 This week, the president of the United States not only revealed that he has been taking an anti-malaria hydroxychloroquine (HCQ) drug as a precautionary measure against COVID-19, but he also slammed a study warning about the dangers of its use. New research has now emerged that might soon become a further target for Donald Trump’s ire.

A new observational study conducted among more than 96,000 patients diagnosed with coronavirus and treated with hydroxychloroquine or chloroquine concluded that the usage of these drugs was associated with a higher risk of death or development of hearth arrhythmias among recipients, according to the medical journal The Lancet that published the research.

“We were unable to confirm a benefit of hydroxychloroquine or chloroquine, when used alone or with a macrolide, on in-hospital outcomes for COVID-19”, the study’s authors wrote. “Each of these drug regimens was associated with decreased in-hospital survival and an increased frequency of ventricular arrhythmias when used for treatment of COVID-19”.

The observed patients, hospitalised between 20 December 2019 and 14 April 2020, were recruited from 671 hospitals in six continents and divided into five groups: those who did not receive any treatment by these drugs (control group), those who were treated with hydroxychloroquine and chloroquine alone, and those who received any of these drugs in combination with macrolide (antibiotic).

The researchers found that the mortality rate was the highest among those 6,221 patients who received hydroxychloroquine with a macrolide (23.8%), while the treatment of coronavirus with hydroxychloroquine alone in a group comprising 3,016 patients resulted in an 18% death rate. Those 8% of patients combining HCQ with antibiotics were also more likely to develop a heart arrhythmia, the study argues.

Meanwhile, around 1 in 6 patients treated with chloroquine  (16.4%) and 22.2% of those who combined it with an antibiotic died during the study.

In comparison, only 1 in 11 hospitalised patients from the control group fell victim to coronavirus during this period. However, to be fair, the control group was the largest one observed in the study, covering more than 80,000 patients, around 7,546 of whom died.

These results prompted scientists to conclude that the treatment of coronavirus with HCQ was not really beneficial.

“Previous small-scale studies have failed to identify robust evidence of a benefit and larger, randomised controlled trials are not yet completed”, said the study’s co-author, Dr. Frank Ruschitzka, as cited by CNN. “However, we now know from our study that the chance that these medications improve outcomes in COVID-19 is quite low”.

This research was published shortly after US President Donald Trump revealed this week that he was taking HCQ as a precautionary measure against coronavirus, despite warnings from the Food and Drug Administration (FDA) about the risks of doing so outside of a hospital setting and without proper vetting from health authorities. Hydroxychloroquine has been widely used in America for the treatment of malaria, lupus and some other diseases upon prescription for more than six decades, however its utility for the treatment of coronavirus is at best unproven.

The US president still insists that the use of HCQ to fight COVID-19 is a “game changer” and he slammed an earlier non-peer reviewed study that found a link between the use of the antimalaria drug and an increasing number of deaths among corona-stricken veterans.

“That was a false study done. Where they gave it to very sick people. Extremely sick people. People that were ready to die. It was given by obviously not friends of the administration”, Trump said during a cabinet meeting on Tuesday